Foxconn Group, the world’s largest contract manufacturer of electronics, is set to take over Socle Technology, a developer of system-on-chip solutions. The buyout will bring additional capabilities to the holding also known as Hon Hai Precision Industry and will help it to gain more customers and diversify its business.

Socle is a Taiwan based contract designer of system-on-chips, which is a licensee of various ARM technologies, including ARM Cortex MPCore processors, ARM Mali graphics, ARM11MP-S, ARM1176-S, ARM926EJ-S and ARM7EJ-S. The company specializes on development of highly-integrated chips for media tablets, media players/smartphones, telecommunication equipment and storage systems.

Foxconn already owns Ambit Microsystems, a developer of telecommunication microprocessors. With Socle, Foxconn will be able to offer fully-integrated platforms for various mobile electronics, including smartphones, tablets and other devices, including those for professional use. 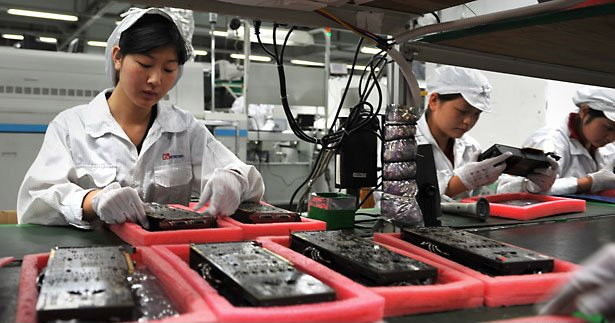 At present, companies likes Foxconn, Quanta, Arima and others not only produce various electronics, but also help to develop their internal architecture based on chips designed by companies like Intel Corp., AMD, Nvidia Corp., Qualcomm, MediaTek and many others. As Foxconn boosts its semiconductor design capabilities, it will eventually be able to provide not only design services, but also chips for various products.

Socle will remain an independent company, but with a new chief executive officer that will be appointed by Foxconn. Thanks to acquisition by the contract manufacturer of electronics, Socle will be able to work with with Taiwan Semiconductor Manufacturing Co. (TSMC), United Microelectronics Corp. (UMC), Semiconductor Manufacturing International Co. (SMIC) and GlobalFoundries. Previously Socle could only cooperate with GlobalFoundries, which was a shareholder, reports DigiTimes web-site.

KitGuru Says: Looks like traditional system-on-chip designers are going to face some pressure when it comes to inexpensive system-on-chips.