Toppc, a professional overclocker from Taiwan, this week overclocked an engineering sample of the Intel Core i7-6700K “Skylake-S” microprocessor to whopping 6801.63MHz, or by around 70 per cent compared to its stock clock-rate. All four cores and Hyper-Threading technology were enabled, but DDR4 memory operated at 4268MHz in single-channel mode. At present, 6.8GHz frequency is the highest clock-rate ever achieved by any “Skylake-S” central processing unit. 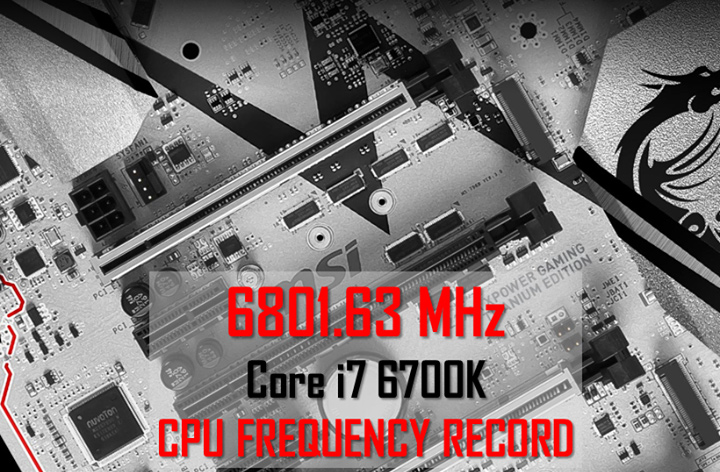 To push the processor to an incredibly high frequency, Toppc had to increase core voltage from around 1.2V to astonishing 2.024V. The chip was cooled-down using liquid nitrogen (LN2). 2V is extremely high voltage for a processor made using 14nm process technology.

While 6.8GHz is not the highest clock-rate ever achieved by Intel’s recent microprocessors, it is one of the highest frequencies set by a modern Intel Core i7 chip with four cores and Hyper-Threading activated. Typically, extreme frequencies are hit with only one or two cores turned on. Only Intel Core i7-3770K chips overclocked to 6912MHz and 6810MHz with all engines and HT operational are ahead of the current record. 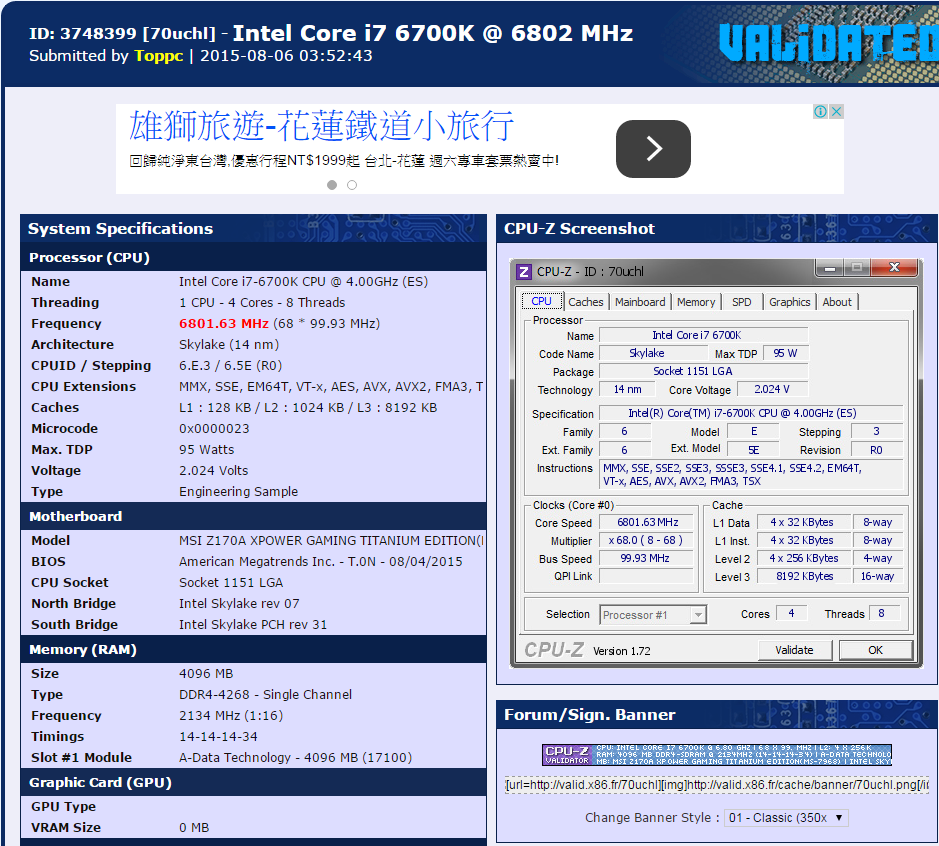 The MSI Z170A XPower Gaming Titanium mainboard is Microstar’s top-of-the-range Intel Z170 platform for Intel “Skylake” processors. The motherboard was designed to deliver exceptional overclocking capabilities with its 16-phase all-digital voltage regulator module (VRM) that uses all-new inductors, which MSI calls “titanium chokes”, that promise to withstand higher temperatures and endure a longer lifecycle. In addition, the mainboard is covered with a special silver substance, which makes it look very stylish and may even make it a little more durable.

KitGuru Says: Without any doubts, 6.80GHz on Intel Core i7-6800K with four cores and Hyper-Threading is a great achievement. However, 2.024V core voltage will most probably kill or seriously damage the chip over time. All-in-all, it looks like more or less “safe” overclocked frequency for Core i7-6700K “Skylake” will remain in the range between 4.7GHz – 4.8GHz, depending on how lucky the owner is.