Intel Corp. on Tuesday officially introduced the Core i5 and the Core i7 central processing units code-named “Devil’s Canyon” as well as the Pentium anniversary edition product. While a lot of information about the new processors has been reported already, today Intel unveiled the official specifications and details about the new chips.

As reported, Intel Core i-series “Devil’s Canyon” unlocked microprocessors are based on the Haswell micro-architecture, but feature a number of enhancements compared to the previous-generation chips released in 2013. The new central processing units come in a new package that features next-generation polymer thermal interface (NGPTIM) as well as additional capacitors to “smooth” power delivery to the die. According to Intel, the new enhancements enable additional performance and overclocking headroom. 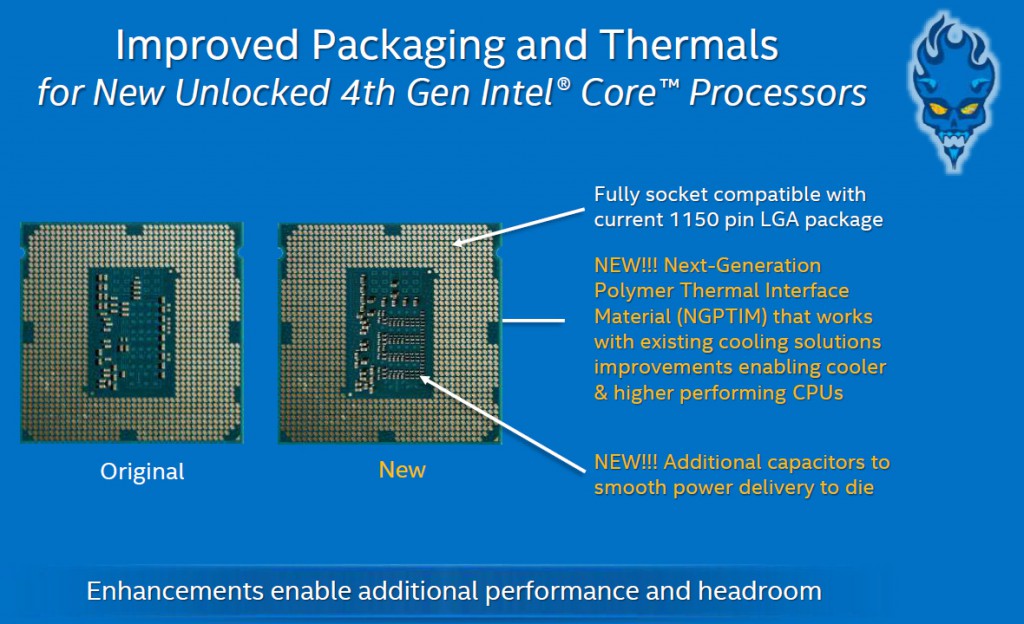 Specifications of the new microprocessors are as follows:

Although it was previously expected that the Intel Core i7-4790K would be clocked at 4.10GHz by default, Intel decided to stick to the 4.0GHz frequency. The new processor is still Intel’s fastest mainstream central processing unit ever made. Thanks to increased clock-rate potential, experienced enthusiasts will be able to further boost performance of the chip by overclocking it. 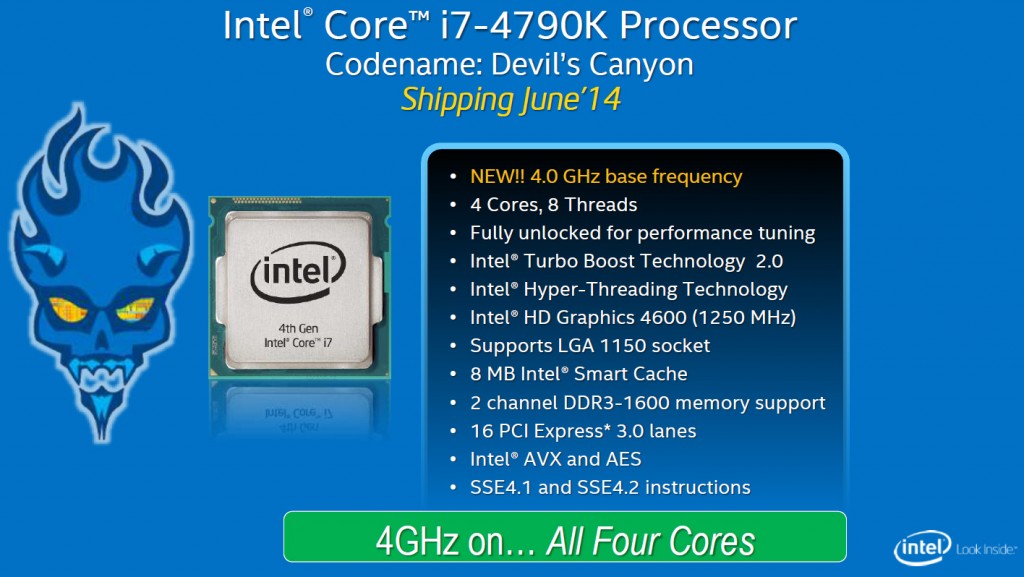 It is noteworthy that the Core i7-4790K will be considerably faster than the rest Core i7 and Core i5 offerings. It is logical to expect the new offering to be much more popular than other products in the lineup.

Intel promises that the new central processing units will be available already this month. However, some sources in the supply chain indicated last week that mass availability of the Core i7-4790K will be delayed. Intel did not confirm that information.

KitGuru Says: While we do know that the Core i7-4790K and the Core i5-4690K will have significantly better overclocking potential compared to their predecessors, we are still not sure how high the potential actually is. Will we be able to overclock the Core i7-4790K to 5GHz? Or should we look at something like 4.60GHz – 4.70GHz? Stay tuned!