Intel Corp. has quietly introduced its highest-performing x86 server microprocessor to date. The chip features a number of unique capabilities, such as on-the-fly reconfiguration of core-count and frequency, and is currently available to Oracle and its server customers.

But higher frequencies is not the only advantage of the model E7-8895 v3. According to Oracle, this specially designed processor model allows customers to vary the core count and operating frequency at any point of time remotely and without changing physical components or need for a system level reboot. The on-the-fly reconfiguration capabilities are currently supported only by Oracle Server X5-4 introduced earlier this month and are enabled by Oracle’s innovations in the system BIOS and operating system kernel software, reports CPU World. 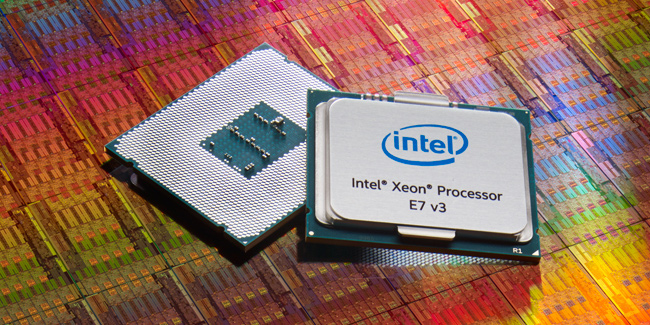 Workloads of servers change depending on time of day and other factors. In many situations 18 cores enabled on hundreds or thousands of microprocessor in a datacenter are simply not needed. In cases when single-thread performance matters, systems with lower core count and higher frequencies provide better performance than systems with higher core-count and reduced frequencies.

The Oracle X5-4 servers feature up to four Intel Xeon E7-8895 v3 “Haswell-EX “processors with 18 cores each, 3TB of DDR3 memory, 6.4TB of NVMe-based solid-state storage with up to 32GB/s bandwidth (or 7.2 TB of HDD storage), 11 PCIe 3.0 expansion slots and so on. The Oracle Server X5-4 is designed for consolidating enterprise applications and for running in-memory databases that require large amounts of memory and I/O. The server comes in 3U form-factor and costs tens of thousands of U.S. dollars or British pounds, depending on exact configuration.

It is unknown whether the world’s largest chipmaker plans to sell its Xeon E7-8895 v3 processors to its regular server customers.

KitGuru Says: Given the fact that many datacenters may benefit from remote on-the-fly core-count/frequency reconfiguration capability, it is possible to expect support of such feature by Intel’s forthcoming high-end server platforms. From a client PC user perspective reconfiguration of a CPU also makes a lot of sense. There are different kinds of client applications that benefit from either high clock-rates or high core-counts. Unfortunately, since the capability involves a lot of technical work as well as binning of CPUs for both frequency and core-count, do not expect this kind of feature on client processors any time soon.