Manufacturers of notebooks and high-performance tablets will be able to make their devices thinner and lighter because Core M “Skylake” system-on-chips will feature up to 60 lower power consumption compared to current-gen Core M SoCs. Despite lower power consumption the new Core M chips will feature 50 per cent faster Iris Pro graphics core thanks to increased number of stream processors, according to an image published at AnandTech forums. 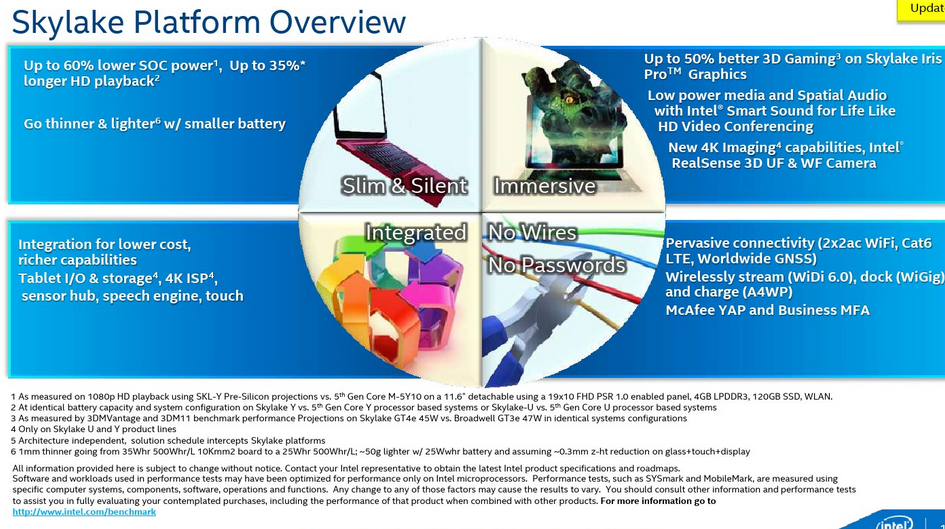 “Skylake” microprocessors are expected to be announced in the fourth quarter of this year. Unfortunately, it is highly likely that availability of the new chips will be limited this year.

KitGuru Says: Looks like systems powered by Intel Core M “Skylake” will be very impressive not only because of wireless charging and WiGig support, but also because of longer battery life and thinner designs.