Intel Corp. on Monday rolled-out its new Xeon E5 2600/1600 v3 server processors based on the code-named “Haswell” micro-architecture. The latest server central processing units feature up to 18 cores per chip and quad-channel DDR4 memory controllers, whereas the new C612 platform code-named “Grantley” features a number of innovations that will be available on the market of 2-way servers for the first time.

Intel’s new server platform is not only powered by all-new processors that deliver up to three times higher performance than predecessors (in select cases), but a number of extended ingredients designed to improve security (with the help of QuickAssist server adapter, which provides hardware-based crypto acceleration and compression), speed up network speeds ( thanks to Intel Ethernet XL710 40GbE adapter with network virtualization), reduce power consumption while boosting performance (thanks to DDR4 memory and Intel P3700-series solid-state drives) and improve other server metrics, such as resilience and optimized total cost of ownership. The new processors and platforms will be used in servers, workstations, storage and networking infrastructure to power a broad set of workloads such as data analytics, high-performance computing, telecommunications and cloud-based services, as well as back-end processing for the Internet of Things. 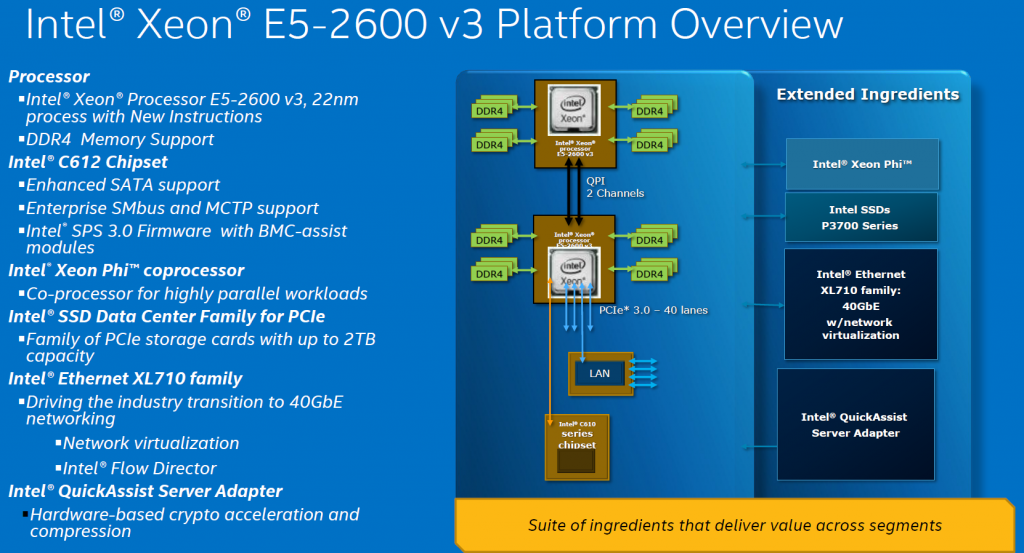 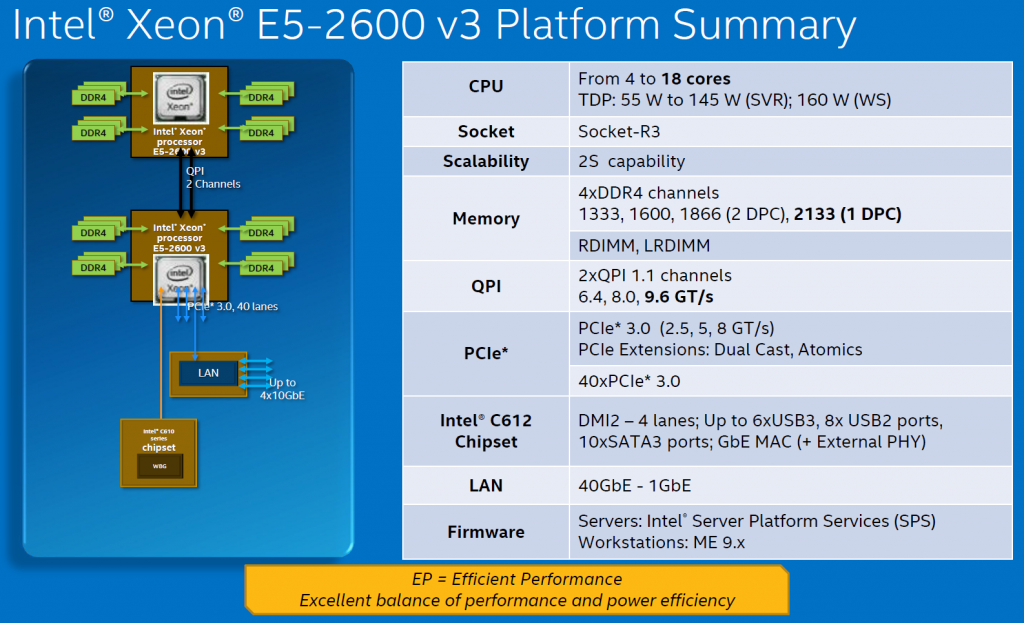 Intel’s partners are ready to start shipments of 65 servers based on the new Xeon E5 v3 processors, in the coming months over 77 new systems will become available. In general, there are 250 machines powered by the latest Xeon E5 v3 chips in development. 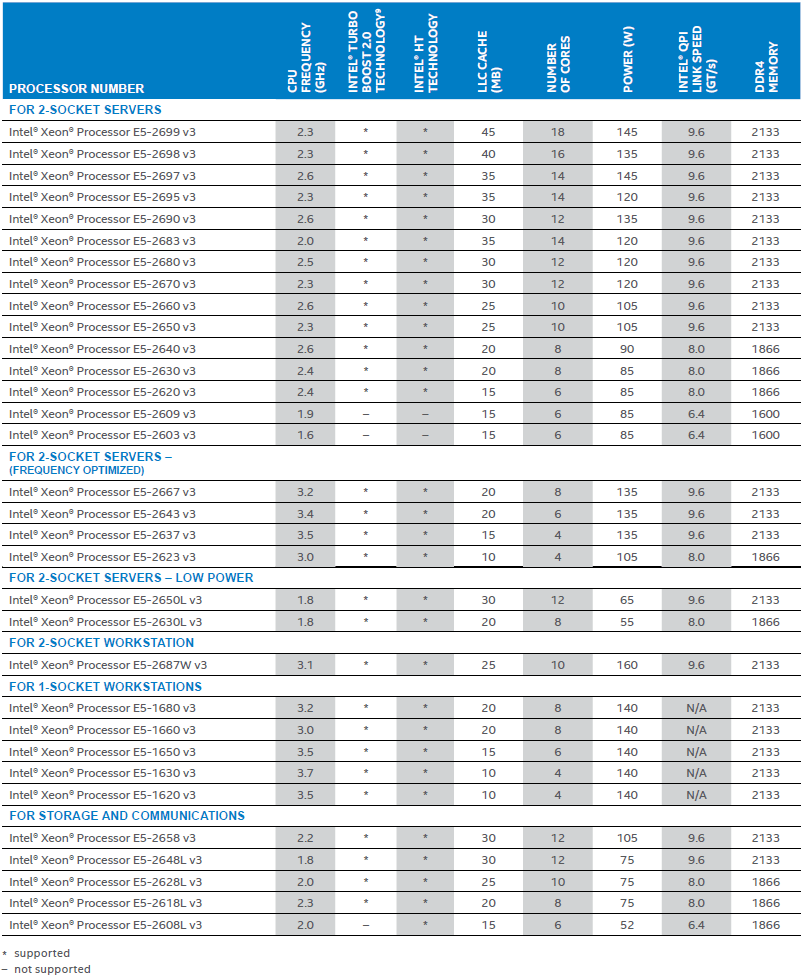 KitGuru Says: The new Xeon processors bring more innovations than a lot of previous-generation server chips combined. Intel did not only increase core count, but also added new instructions as well as platform-related innovations. As a result, it is not surprising that so many partners of the company develop so many server designs based on the new chips.