Historically, companies like Intel Corp. and Advanced Micro Devices designed microprocessors and then software developers developed applications that took advantage of those chips. According to the head of Intel, that pattern was changed several years ago and now, before designing a new central processing unit, the world’s largest chipmaker first thinks about what it wants to enable using the new product.

The end-user experience is not determined only by hardware or only by software, it is determined by a combination of both. As a result, a powerful microprocessor will not be able to demonstrate its capabilities while running outdated programs, whereas new programs cannot run efficiently on older chips. Traditionally, software (with the exception of demanding video games) was behind hardware by a year or more despite of the fact that both Intel and AMD revealed details about their future chips considerably ahead of their release.

In the recent years Intel adopted a different approach. It determines what kind of experience it wants its customers to have, what types of applications need a speed bump and what type of innovations need to be brought. Only then the company begins to design new chips.

“It is very clear you can make some great products with amazing technology, but it is about experience,” said Brian Krzanich, chief executive of Intel, in a community interview at Reddit. “Without a great user experience from the un boxing onwards, you do not have a product. This is where I think Intel has had to make the most change over the last few years and we now spend a huge amount of time upfront thinking about the experiences we want a user to have before we put one transistor on the chip.” 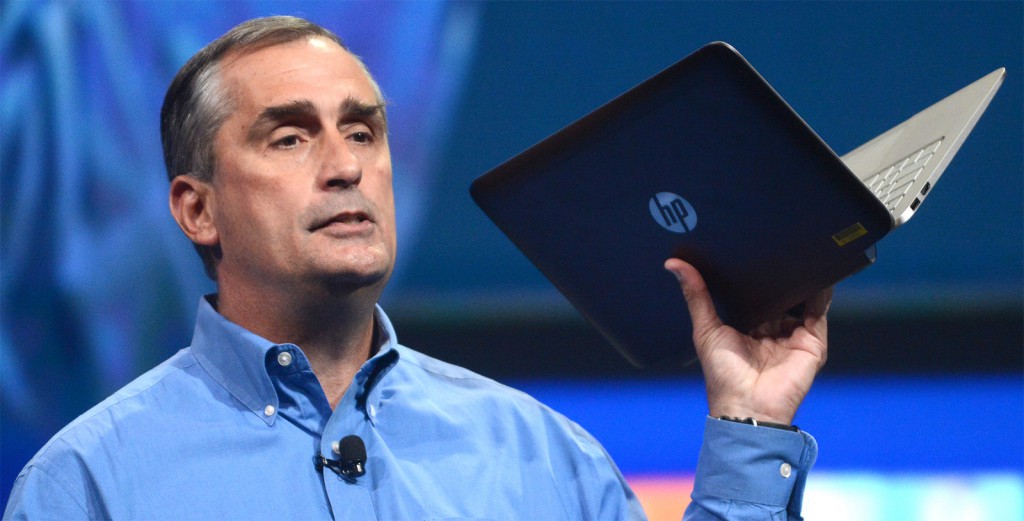 Quite naturally, Intel cannot predict all the peculiarities of software and user demands two, three or four years ahead. As a result, while Intel’s new processors can bring a number of innovations and make certain things faster, software developers and PC manufacturers will still have to put their effort in making overall consumer experience better.

“For companies like Intel that are for the most part hardware companies, we tend to use software as a driver for hardware,” said Mr. Krzanich. “We tend to think of software as helping drive the need for hardware. Andy Grove was famous for his software, hardware spiral, where he said each drove the other.”

KitGuru Says: While Intel has been improving its microprocessors relatively slowly in the recent years, Microsoft Corp. has managed to make Windows 8 less appealing to consumers than the Windows 7 was, which naturally ruins user experience with new Intel-based PCs…