Serious speed is something you build up slowly. Especially when the mainboard presents you with more options than Subway has fillings for its 12″ sub.  For the Oh My God series, we've been making adjustments, monitoring progress, up-ing the ante, checking for stability and then repeating all over again. For those with a penchant for watching evil scientists at work, here are the latest entries from Dr Zardon's notebook.

Clocking a mainboard, no matter how expensive, is never going to compete with the gut-churning adrenaline rush that you'd get from, say, tanking the latest Bugatti Veyron SuperSport past 267 MPH. Try the latest episode of Top Gear, 17 minutes and 30 seconds in, and you'll see what we mean.

But we do have access to the latest EVGA Turbo-Nutter SR2 mainboard, along with a pair of Xeon 5680 processors. We also have an unlimited supply of cool components to surround this phenomenal engine – and plenty of time to get it right.

When this whole project started, we didn't think time was going to be an issue. As it turns out, that's a good thing. It's taken far longer than we imagined to get everything right. We're now confident that OMG (Part 3) will contain the real meat & potatoes that KitGuru readers demand. For now, we're going to update you on the options we've been evaluating on the open test bed.

We'll also give you an insight into the way experts turn initial thoughts into final delivery along a path which includes trying some of the dumbest and smartest ideas you've ever seen.

With this kind of ‘amazing first ever build', there are so many components being used together (each with unique electrical, chronological and thermal properties), that it's only after a lot of trial and error that you end up with the final solution. Here are the some of the questions we asked and, where possible, answered. This is the exam equivalent of showning your working out – just in case you get extra points.

How many graphic cards is enough?

We'll change memory and PSU half a dozen times while preparing for final assembly. Many lies and half-truths from the various marketing spinners will be horribly exposed during this process. Also, some genuine mis-understandings will get cleared up. For example, memory companies that quote ‘the fastest DDR3 on the planet' only seem to supply in pairs. We're after triple channel loving. Most of the memory company's web sites only want to push stories of amazing DDR3 performance for 2 modules. Makes picking memory to test a little more time consuming than we'd wished.

So many options, so little time.

You don't have to test in serial. And (liquid cooling or not) we definitely would not recommend testing in cereal.

So how long should you test with each option?

Lastly, in addition to the built-in temperature sensors for the mainboard etc, it's important to use 3rd party instruments – to ensure accuracy.

Having discussed the issue with serious scientists, we decided to utilise an EVGA expert's butt to calibrate our main temperature sensor.

.
KitGuru says: Battle has now been well and truly joined. The next installment of OMG will see the final kit selection, some of the intricate steps involved in the assembly, as well as numbers. Those precious numbers that tell you exactly how Bugatti-like the dual Xeon 5680 experience will be. We can't wait!

Quick chat below. In-depth on the KitGuru forum. Remember to let us know if you have any suggestions for the final assembly! 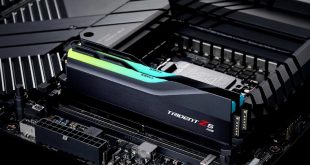