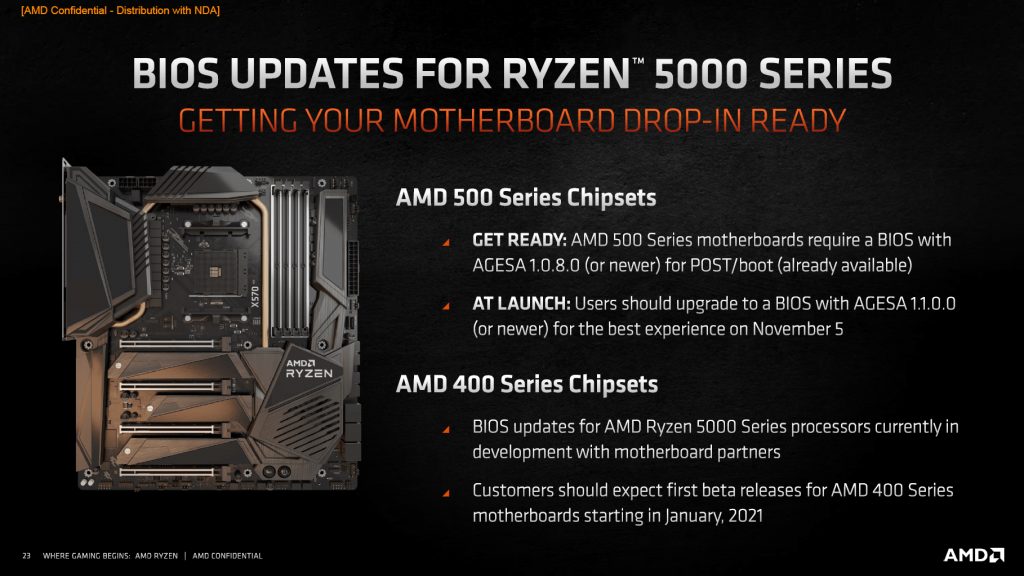 ComputerBase has put together a massive list with all the motherboards from MSI, Asus, ASRock, Biostar, and Gigabyte featuring the AGESA v2 1.0.8.x or more. MSI has gone a step further, and it already released a Beta BIOS update featuring AGESA v2 1.1.0.0, which is expected to exit Beta at the end of October.

KitGuru says: Are you hoping to get a Ryzen 5000 series processor on release? Do you already own an A520, B550, or X570 motherboard? Will you download the latest AGESA upgrade for your motherboard?