The big day has arrived – today during a digital presentation, AMD launched the Zen 3 architecture and unveiled its new range of Ryzen 5000 series desktop processors. We can expect higher IPC, a new core layout, new cache technology and CPUs ranging up to 16 cores and 32 threads.

Zen 3 has a 19 percent IPC increase over Zen 2, making this a significant jump for AMD. Beyond that, the Zen 3 architecture also reduces latency from accelerated core and cache communication, leading to twice as much accessible L3 cache per core. Compared to “the competition”, AMD promises up to 2.8x more performance per watt with Zen 3 powered processors. 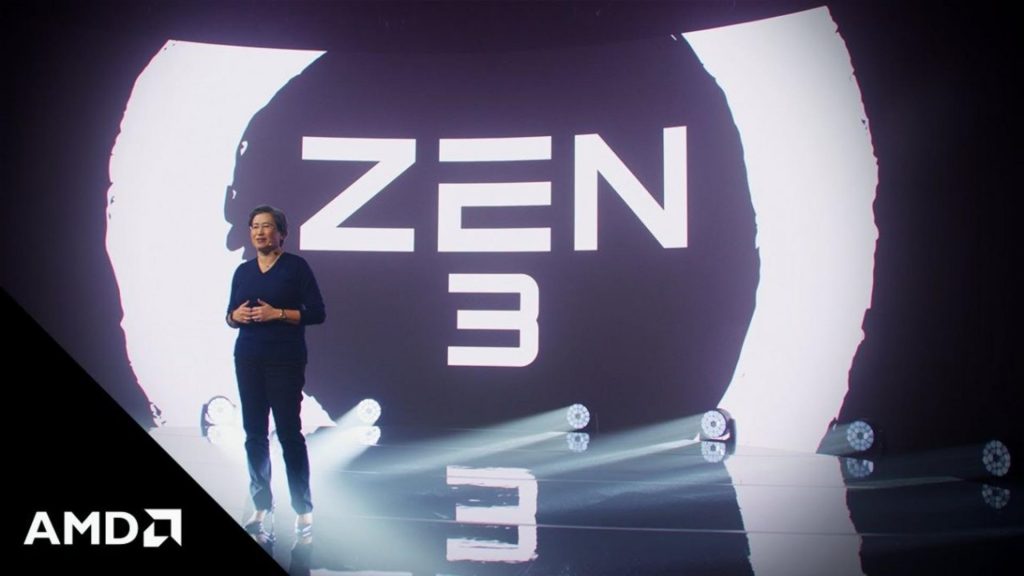 In the table below you will find the basic specs for each currently announced Ryzen 5000 series desktop CPU, as well as pricing:

According to AMD, the top-end Ryzen 9 5950X offers the highest single-thread performance of any desktop gaming processor, as well as the most multi-core performance. Taking a step down to the Ryzen 9 5900X, this CPU boasts an average of 26% faster 1080p gaming performance across “select titles” compared to the Zen 2 equivalent.

Ryzen 5000 series processors will be compatible with AMD 500 series motherboards after a BIOS update. Most major motherboard makers have already begun releasing their Zen 3-supporting BIOS updates too, so you can get your system ready ahead of time for the November 5th launch.

KitGuru Says: Zen 3 is looking very promising right from the get go. Hopefully we can bring you updated UK-specific pricing soon and we also expect to start seeing more compatibility announcements from motherboard makers over the next week. What do you all think of AMD's Ryzen 5000 lineup? Will you be upgrading?