A new listing on UserBenchmark has revealed a CPU named as the Intel Core i5-L16G7. This CPU belongs to the upcoming Intel Lakefield line of processors, which use the new 3D Foveros packaging. This listing also shows that Intel is likely to change the naming convention of its processors with the launch of Lakefield chips.

The Intel Core i5-L16G7 comes with five cores and five threads, with a base clock of 1.4GHz, and a boost clock of 1.75GHz. The architecture used in these chips is similar to Qualcomm's “big cores, little cores” composition. In this chip's case, there's one big core (Sunny Cove) and four little cores (Tremont).  The clock speeds of the five cores are unlikely to be the same, based on the type of architecture that is being used. There's also no reference to which cores are reaching the clocks listed in the UserBenchmark entry.

The L prefix on “L16G7” may refer that the processor is a Lakefield chip, while the G prefix would be the “graphics level” of the chip, as we see in Intel Core i5 1035G1/4/7 chips.

According to Tom'sHardware, a listing in the Geekbench 5 benchmark shows a Lakefield chip with 64 EUs scoring 3592 and 3659, using the Vulkan API. This score is around the value that the Intel Core i3-1005G1 processors achieve, usually scoring something in between 3041 and 3776, also using Vulkan.

The first Lakefield chips should come out in the middle of 2020, in devices such as the Lenovo X1 Fold.

KitGuru says: Are you curious to see what these new Lakefield chips can achieve? 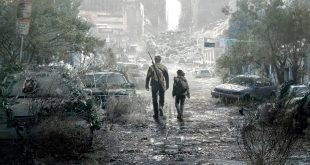