After its first foldable notebook prototype back in 2017, and the official announcement in May of this year, Lenovo is expecting to release the first foldable PC to the public in the second quarter of 2020.

This past week, Lenovo showed a glimpse of the new ThinkPad X1 at Canalys Channels Forum in Barcelona. The device is yet to be named, as per The Register, and there are not many specifications confirmed. So far, it's known that it uses a 13.3-inch OLED display with a 2K resolution “developed in collaboration with LG.”

Gianfranco Lanci, chief operating officer at Lenovo, stated that the “hardware is ready,” but the software component still has some work to be done. Lenovo might be waiting for Microsoft's Windows 10X, Microsoft operating system for foldable devices. He also commented that there are no high sales expectations for this particular device, but the new form factor is a welcoming addition. 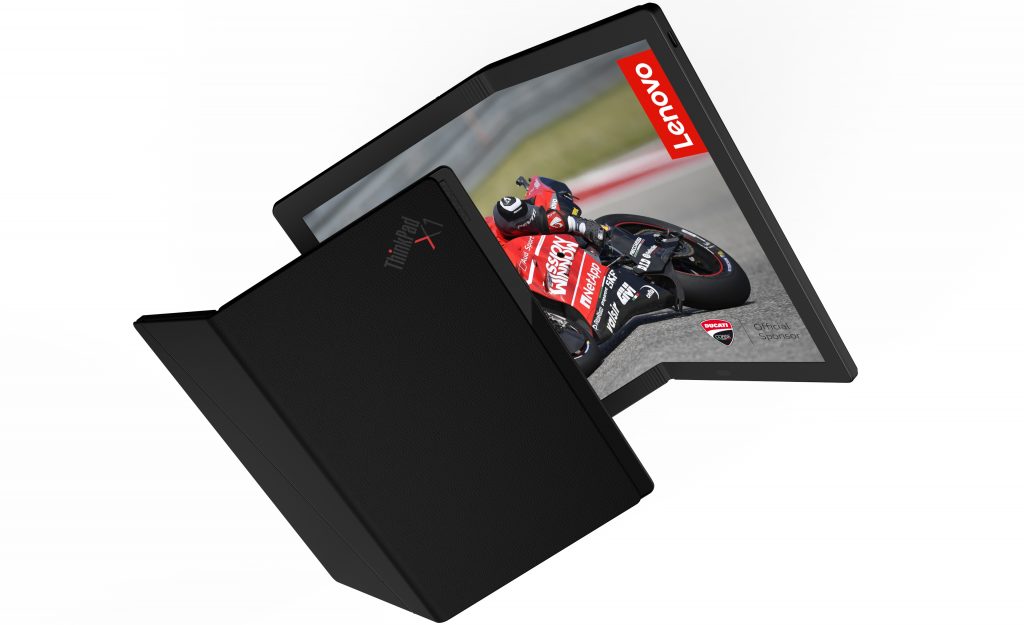 The device is expected to be released in Q2 2020, launching before the highly anticipated Microsoft's Surface Duo and Surface Neo with a scheduled release for the holiday season of 2020.

There's no pricing yet, but based on the fact that it's a ThinkPad product – and a foldable one – it won't be cheap.

KitGuru says: It seems that foldable devices are about to be the next big thing. There's a lot of smartphone prototypes, Microsoft's Surface Neo and Surface Duo, and now a foldable notebook from Lenovo. What do you think of this new trend?