As reported by Wccftech, some early adopters already have their hands on LGA1700 mounting kits, motherboards and Alder Lake CPUs. Using an MSI AIO cooler with native support for the LGA1700 socket shows normal thermal paste distribution, but using older coolers with retrofit mounting gear, like the Corsair H115 and the CoolerMaster ML360, we see uneven pressure and thermal paste distribution. 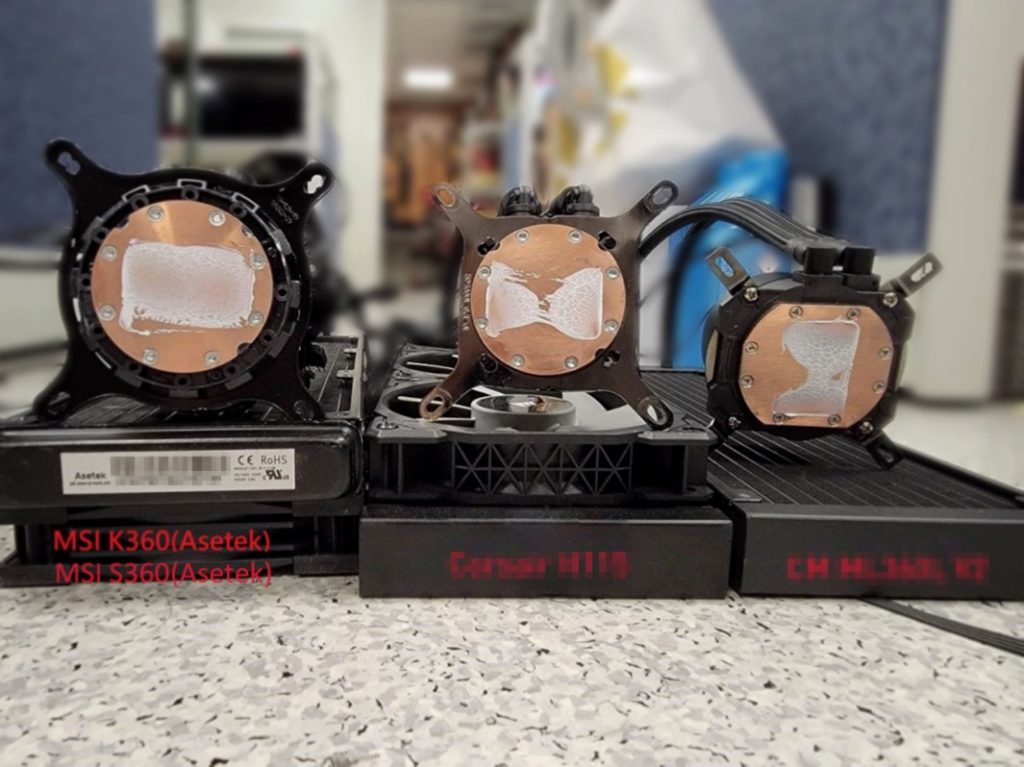 Looking at MSI's cooler first, the thermal paste looks evenly distributed, exactly how you would expect. However, we can't say the same about the other two. The image above shows that the Corsair and Cooler Master AIOs were making uneven contact with the centre of the Intel CPU TIM. This could lead to hot spots and lower overall CPU cooling performance.

We can't rule out human error, or an issue with this one user's LGA1700 mounting gear, so it's impossible to say if this will be a widespread issue, but it is certainly something to keep an eye on over the next couple of weeks. If you are planning on using an upgrade kit and an older AIO cooler with an Alder Lake CPU, then we would recommend paying extra attention to see if the cold plate is making complete contact with the CPU.

KitGuru says: Are you thinking about upgrading to an Intel Alder Lake CPU? Were you planning to use your current CPU cooler and an LGA1700 mounting upgrade kit?