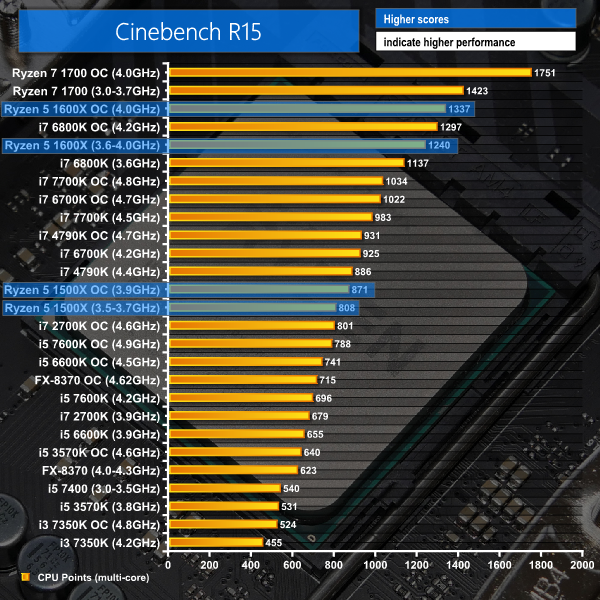 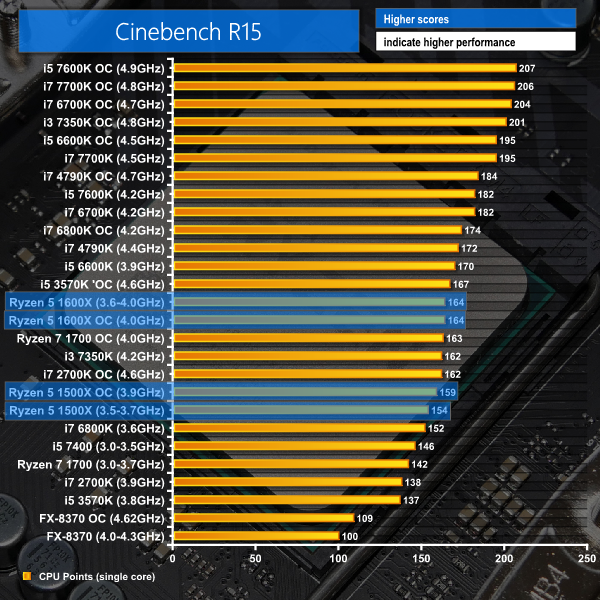 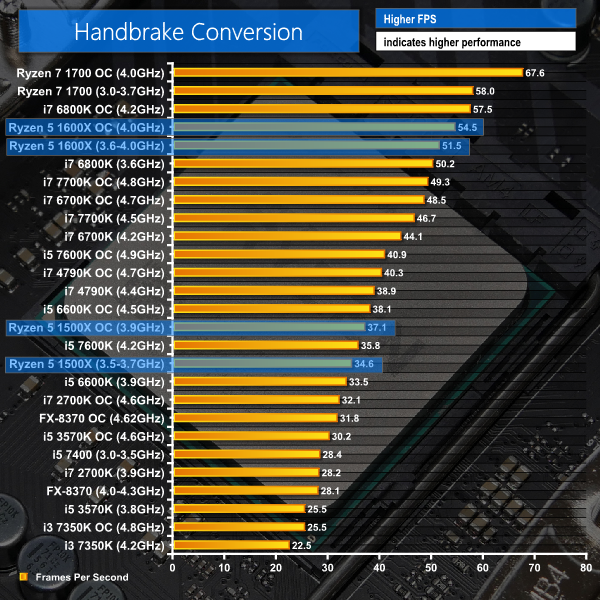 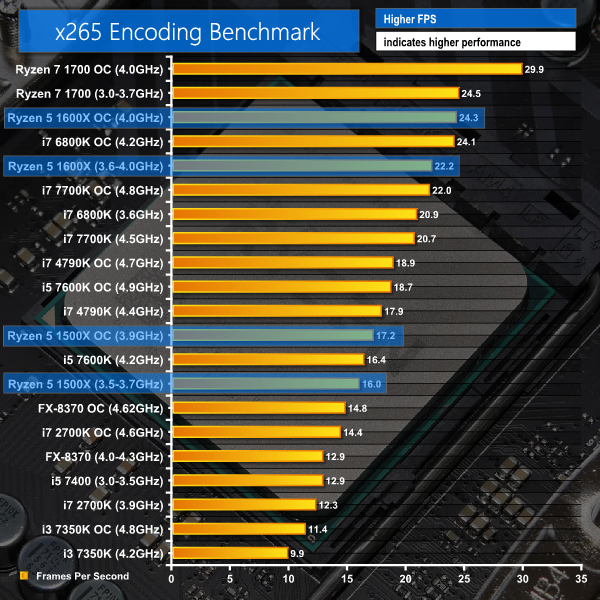 Ryzen 5’s fastest quad-core chip makes a strong start in the Cinebench multi-threaded test. The 4C8T AMD part can hang with fan favourites of Core i7 days gone by – the Sandy Bridge 2700K and Devil’s Canyon 4790K. Compared to the similarly-priced i5-7400, Ryzen 5 1500X is 50% faster out-of-the-box. An ability to overclock the Ryzen chip allows its lead to grow to 61%. Even the fast, multiplier-unlocked Core i5-7600K is outclassed by AMD’s 4C8T 1500X.

Single-threaded performance is where Intel’s well-tuned and fast Kaby Lake chips can guarantee victories. Or so one would have thought. The low clock speed of the i5-7400 sees it sitting in the bottom half of our performance hierarchy. Combine that with 200MHz of XFR headroom that boosts the 1500X to 3.9GHz on a single thread, and it is easy to see why AMD’s part takes the win this time. Compared to the multiplier-locked i5, Ryzen 5 1500X is 5% faster at stock and 9% faster when overclocked.

Handbrake is effective in leveraging the Ryzen 5 1500X processor’s eight threads. As such, the 4C4T Intel Core i5-7400 is handsomely outperformed to the tune of 21% at stock and 31% with AMD’s part overclocked. Ryzen 5 1500X is close to the performance levels of a Core i5-7600K, though Intel’s chip pulls ahead when its clock frequency is boosted to a lofty 4.9GHz.