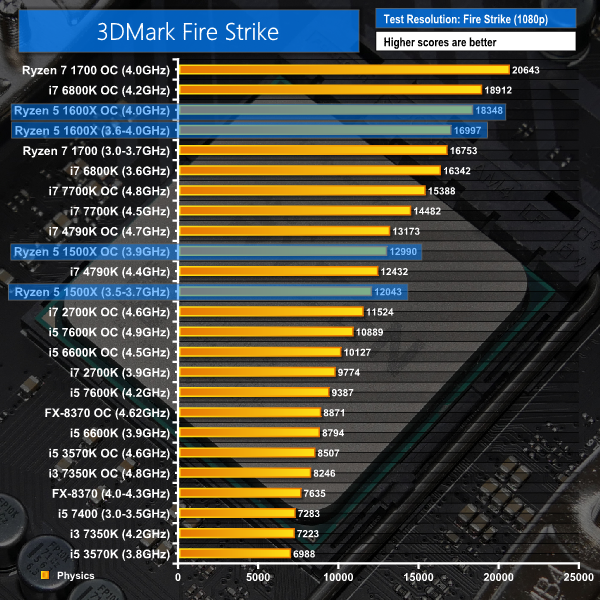 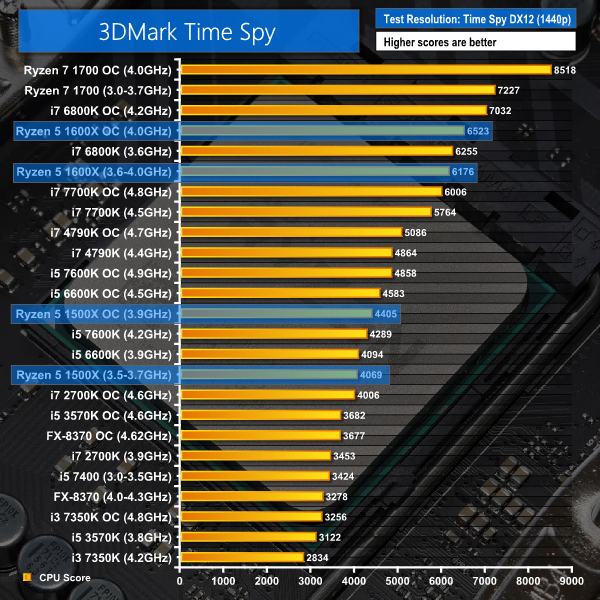 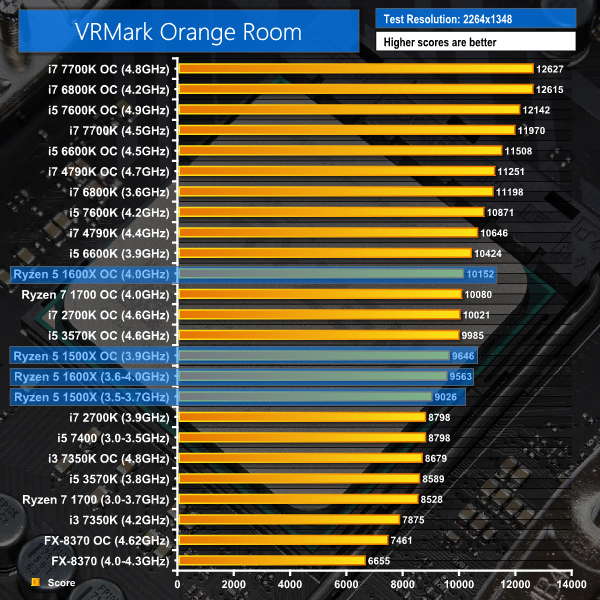 3DMark Fire Strike and Time Spy are further synthetic tests that reward the 1500X for its high thread count. Core i5 performance is beaten by the AMD chip in Fire Strike, while it takes an overclock to the i5-7600K for it to pass stock Ryzen 5 1500X numbers.

A frequency advantage is primarily what keeps the Ryzen 5 1500X ahead of Intel’s Kaby Lake Core i5-7400 competitor when it comes to VRMark performance.