We may have only just begun the rollout of AMD’s Zen 2 based processors, but next-gen architecture might be just around the corner. AMD has completed the design phase for Zen 3, which will make further improvements on the 7nm node introduced this year with Zen 2.

We’ve known for a while that AMD has planned multiple generations of the Zen architecture, starting with the original 14nm-based CPU, before moving up to 12nm on Zen+ and now 7nm on Zen 2. In 2020, we could get out first look at Zen 3, which has moved out of the design phase and is now up for prototyping and testing.

The Zen 3 architecture is designed for the next big improvement in 7nm process technology. As reported by Techpowerup, it is expected that Zen 3 will be based on 7nm EUV (extreme ultraviolet), which will increase transistor densities and bring big improvements to efficiency, which should lead to higher clock speeds and better overall performance.

Meanwhile, Zen 4 is now moving into the design phase, which could be based on a fully refined 7nm EUV process, or push the boundaries further to 6nm, which TSMC is working on at the moment.

KitGuru Says: AMD has gone from strength to strength in the CPU space over the last few years, leveraging huge improvements across all major sectors, including datacentre. From the sounds of it, AMD won’t be slowing down any time soon either, so we’ll have another interesting few years ahead. 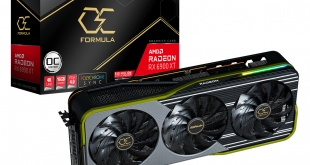