Today Intel has revealed its roadmap of process and packaging improvements, which will power the next several generations of Intel CPUs leading up to 2025 and beyond. This includes Intel’s first new transistor architecture in more than a decade.

The new roadmap includes Intel’s updated node naming structure, which aims to “give customers a more accurate view of process nodes across the industry”. The roadmap includes four upcoming nodes – Intel 7, Intel 4, Intel 3 and Intel 20A.

In late 2024-2025, Intel will be launching Intel 20A, ushering in the ‘angstrom era’ with two new technologies – RibbonFET and PowerVia. The former is Intel’s gate-all-around transistor technology, the first new transistor architecture from Intel since introducing FinFET in 2011. Improvements will include faster transistor switching speeds at higher efficiency. This architecture will also introduce PowerVia, an industry-first implementation of backside power delivery to further optimise signal transmission by removing the need for power routing on the front side of the wafer. 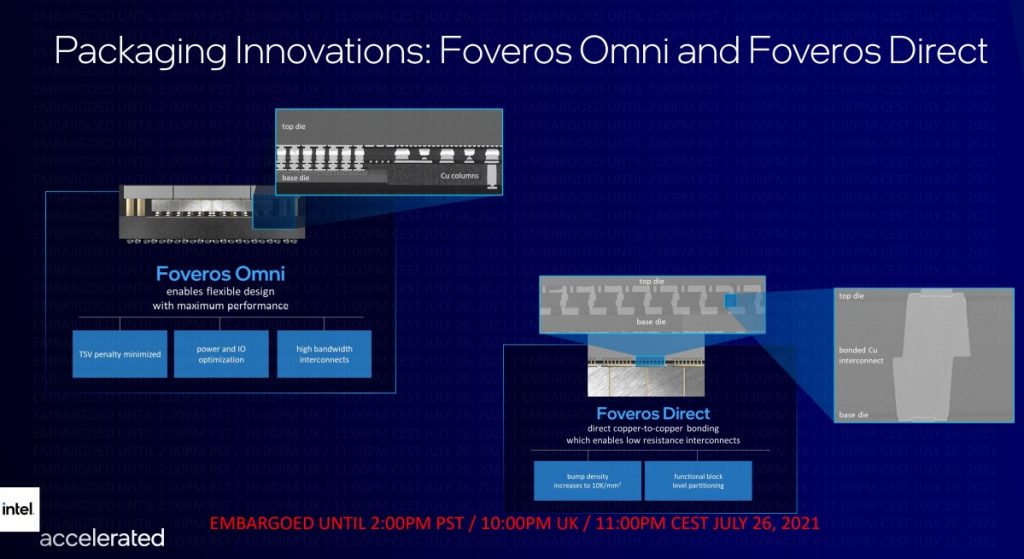 These new processors will also see the introduction of new packaging technologies. Intel has detailed three of them today: 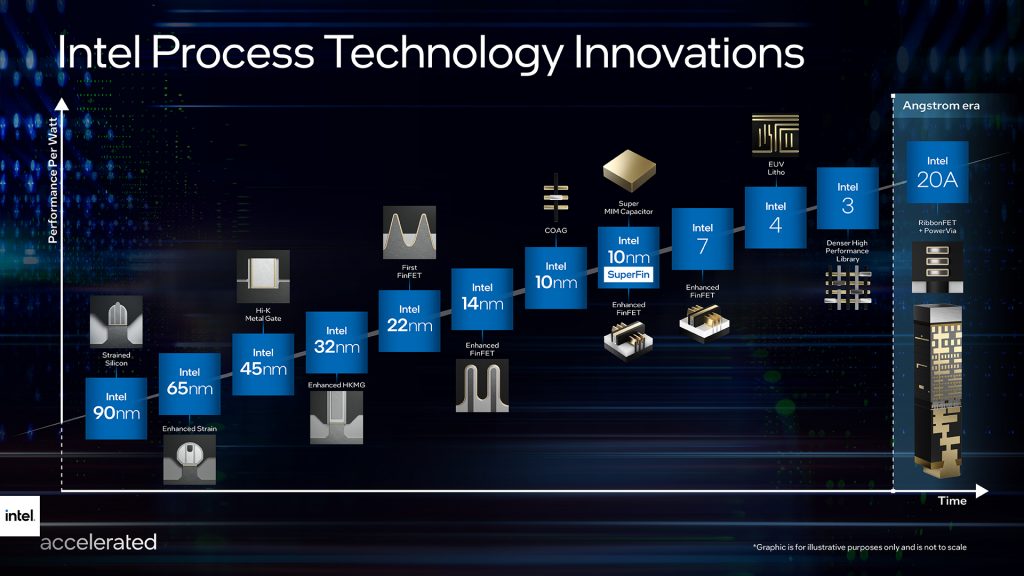 KitGuru Says: This is a pretty packed roadmap, so Intel will be moving rapidly over the next few years. Now we’ll just have to wait and see them deliver.