As expected, the AMD FirePro W9100 professional graphics card is based on the code-named Hawaii XT graphics processing unit in its advanced configuration with 2816 stream processors (which also suggests that it has 176 texture units, 64 raster operating units and 512-bit memory bus, but we cannot confirm that). The graphics board is equipped with incredible amount of GDDR5 memory with ECC capability, 16GB, the world’s first for a single-chip graphics solution. The novelty also features six mDP 1.2 ports that can support up to six 4K (3840*2160) displays. 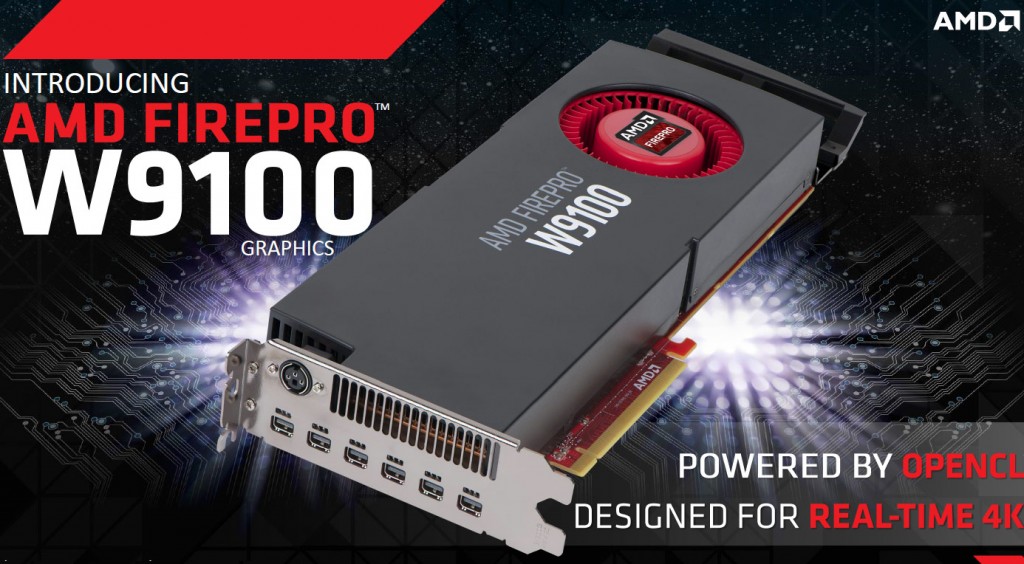 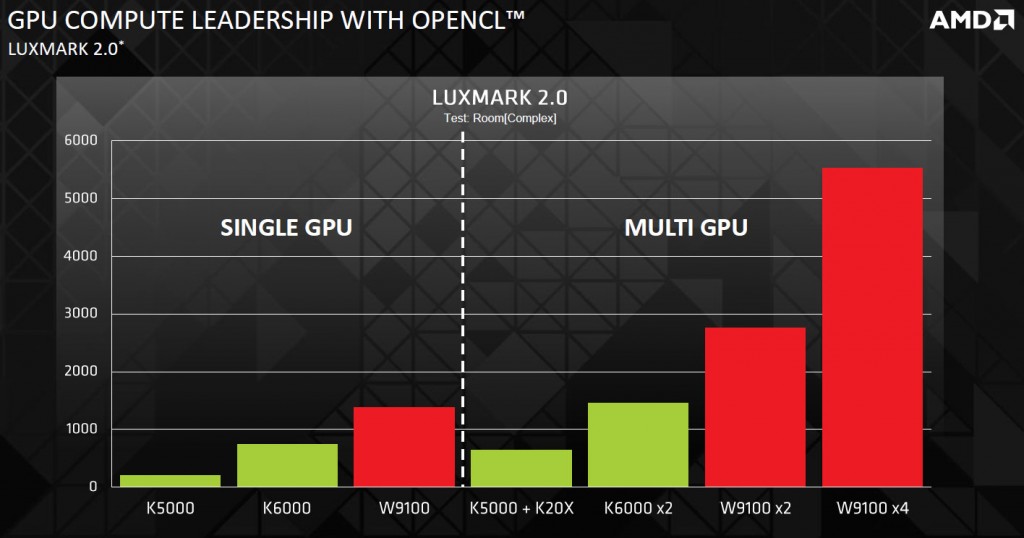 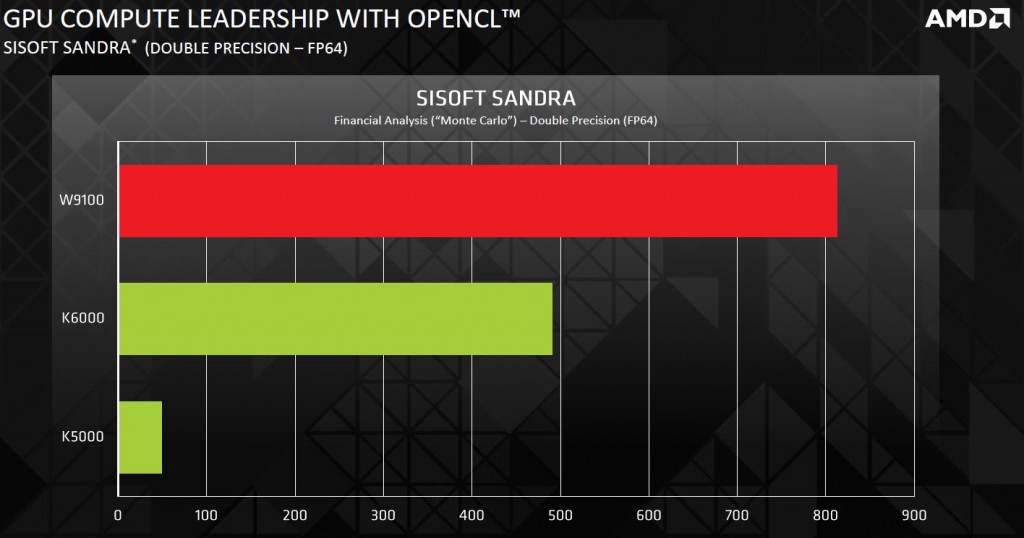 According to AMD, the FirePro W9100 professional graphics solution significantly outperforms rivals like Quadro K5000, Quadro K6000 as well Tesla K20X in Luxmark 2.0 OpenCL benchmark in both single-GPU and multi-GPU configurations. The W9100 is also well ahead of the K6000 in SiSoft Sandra FP64 benchmark. 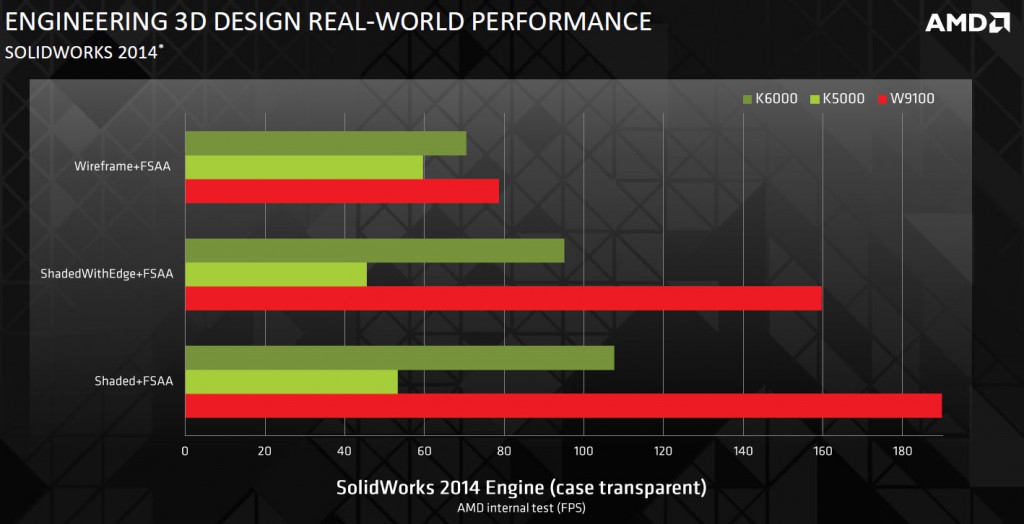 Based on data from AMD, the FirePro W9100 is also ahead of its rivals in SolidWorks 2014.

AMD FirePro W9100 will be available in April. Pricing will be announced at that time.

KitGuru Says: It is interesting to note that AMD decided not to introduce other new professional graphics solutions based on Hawaii graphics processor at this time. The company clearly needs a “less high-end” FirePro W8100 featuring Hawaii as well as Radeon Sky series for cloud computing. It does not look like AMD plans to refresh its FireStream family of GPGPU accelerators for technical computers as it has not done that for four years now.