Advanced Micro Devices this week officially unwrapped its new flagship single-chip graphics card based on the highly-anticipated “Fiji” graphics processing unit. The new AMD Radeon R9 Fury X graphics adapter has a number of advantages that can make it one of the world’s highest-performing solutions. In fact, according to AMD’s own benchmarks, the new graphics card has all chances to be the world’s top single-GPU graphics card.

AMD Radeon R9 Fury X graphics card is based on the “Fiji XT” graphics processing unit that contains 8.9 billion of transistors and features 4096 stream processors, 256 texture units as well as 4096-bit memory bus. With 8.6 TFLOPS of compute performance and 512GB/s memory bandwidth, the adapter is the most technologically advanced graphics card ever introduced. The only drawback of the Radeon R9 Fury X is limited amount of high-bandwidth memory (HBM) onboard – 4GB – which may be a problem for a number of games. 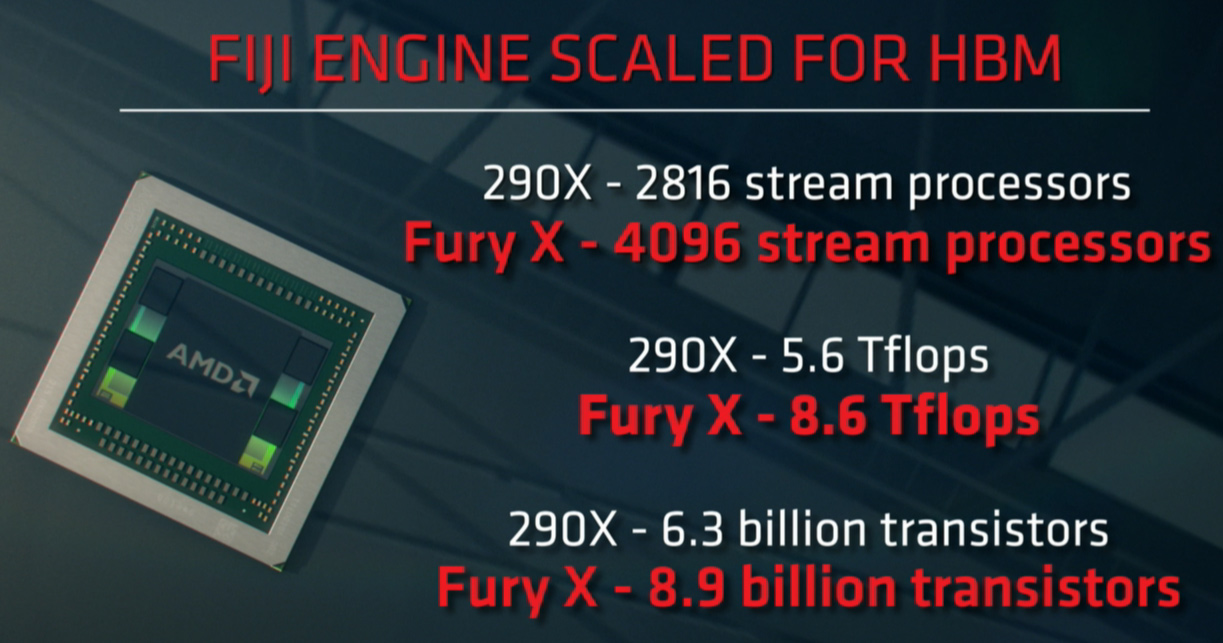 AMD officially remains silent about performance that can be expected from its Radeon R9 Fury X, but WccfTech web-site has published official performance benchmarks of the graphics board listed in the reviewer’s guide of the adapter. Such guides are written by independent hardware vendors (IHVs) to assist reviewers of their products. The documents are designed to provide reference performance numbers in order to reveal what type of performance to expect from a graphics card or a microprocessor. While the RG papers are not supposed to unveil weak points of solutions, they tend to be rather accurate and faithful.

The benchmark results were obtained on an unknown test system in various games in 3840*2160 resolution with or without antialiasing. AMD’s specialists compared the Radeon R9 Fury X to Nvidia’s GeForce GTX 980 Ti, which costs equal amount of money ($649) and which is only slightly behind the flagship GeForce GTX Titan X in terms of performance. 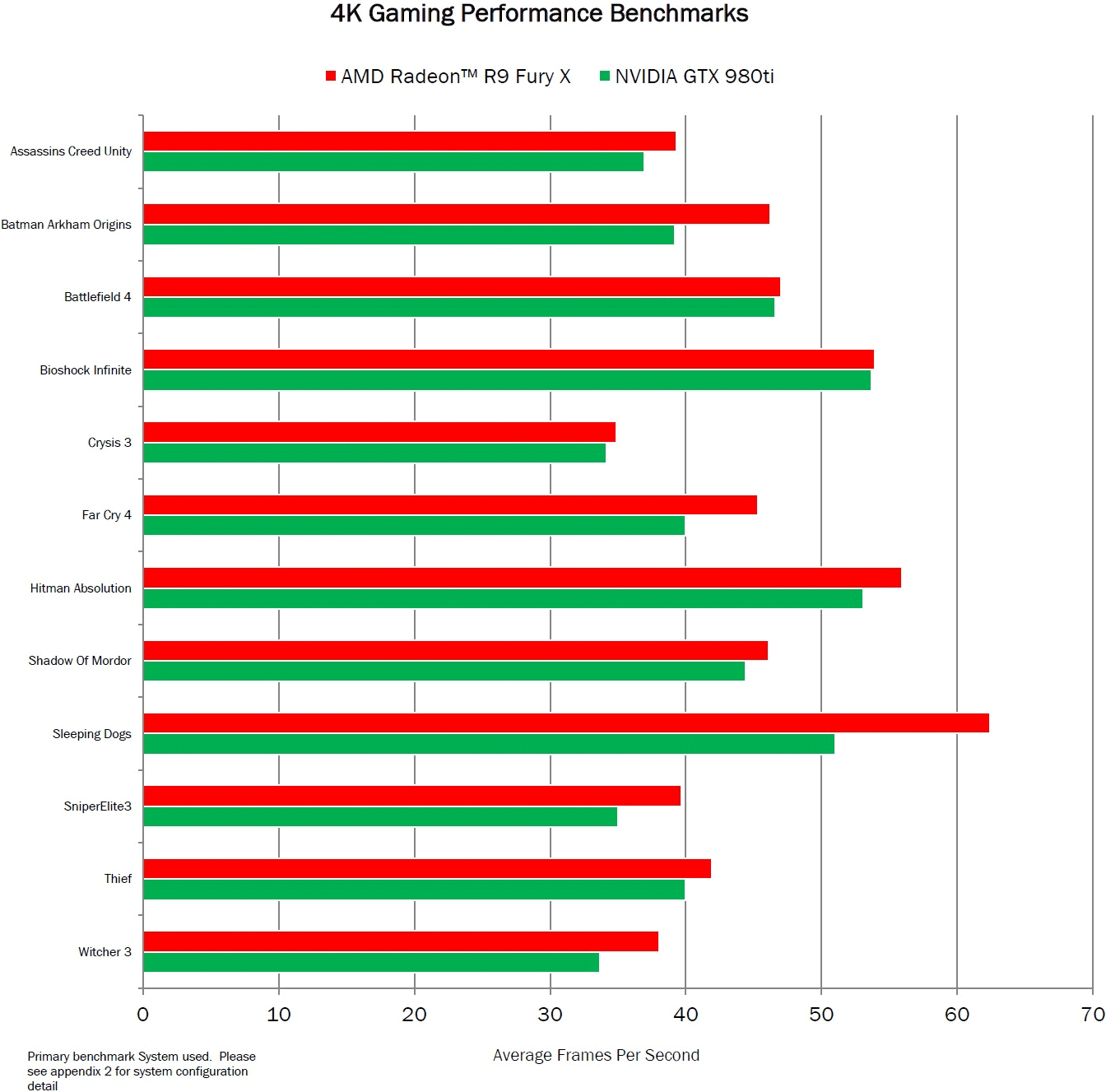 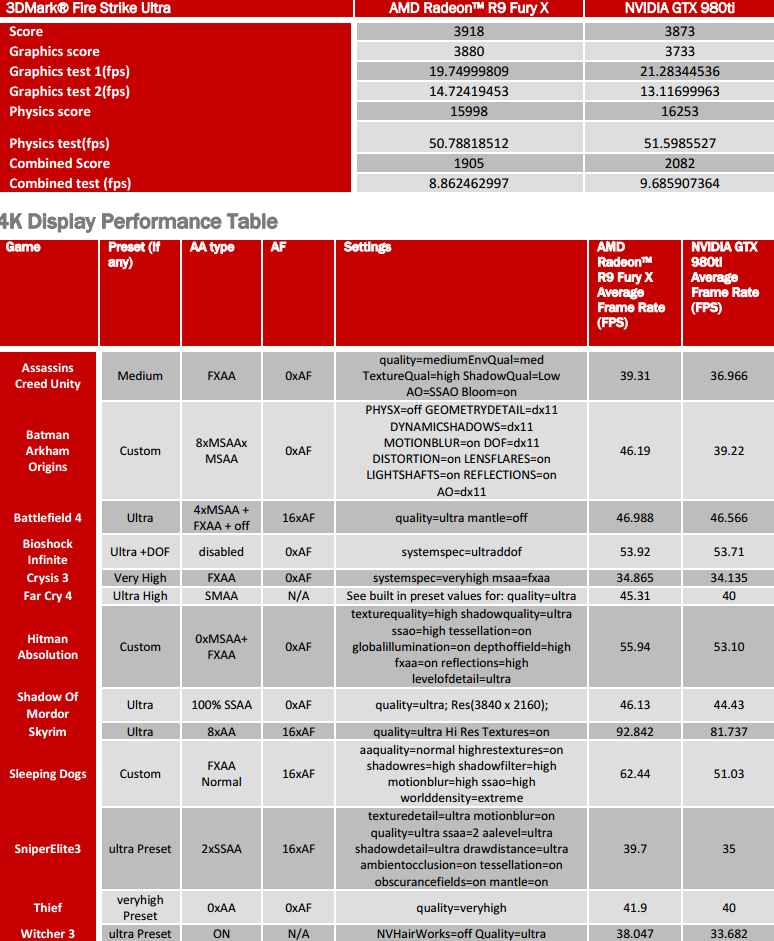 From test results, it is unclear whether 4GB onboard frame-buffer limits performance of the Radeon R9 Fury X anyhow or not, but what is clear is that it can compete against its direct rival with 6GB of memory.

KitGuru Says: Without any doubts, AMD’s Radeon R9 Fury X is a really fast graphics card. With further driver optimizations it may become the world’s highest-performing graphics adapter. But will it be more successful than Nvidia’s GeForce GTX 980 Ti and Titan X? Only time will tell!

Previous 30% of notebooks to use SSDs in 2015 as prices drop – research
Next Chief exec of Nokia re-affirms: Nokia will develop smartphones again