Asustek Computer on Wednesday introduced its new custom GeForce GTX 980 Ti-based graphics card with innovative hybrid cooling solution and increased overclocking potential. The new Asus ROG Poseidon GTX 980 Ti is not the fastest graphics card in the world out-of-box, but its overclocking potential should be exceptionally high thanks to hybrid cooler. 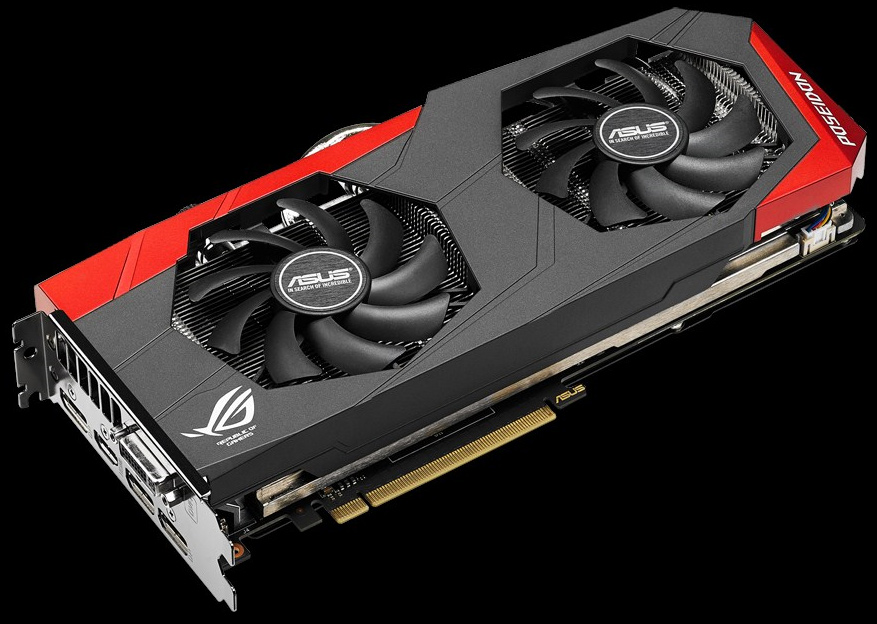 The key feature of the Asus ROG Poseidon GTX 980 Ti graphics adapter is its hybrid air-liquid cooling solution. Two high-quality fans along with advanced radiator and DirectXU H2O vapor-chamber should be enough to cool-down the graphics adapter, but enthusiasts with custom-built liquid cooling solutions will be able to plug the card to their pump and enjoy the benefits of liquid cooling. According to Asustek Computer, the cooling system of the ROG Poseidon GTX 980 Ti guarantees up to 5°C lower GPU temperature than Nvidia’s reference cooler out-of-box and up to 30°C lower GPU temperature when connected to a liquid cooling system. 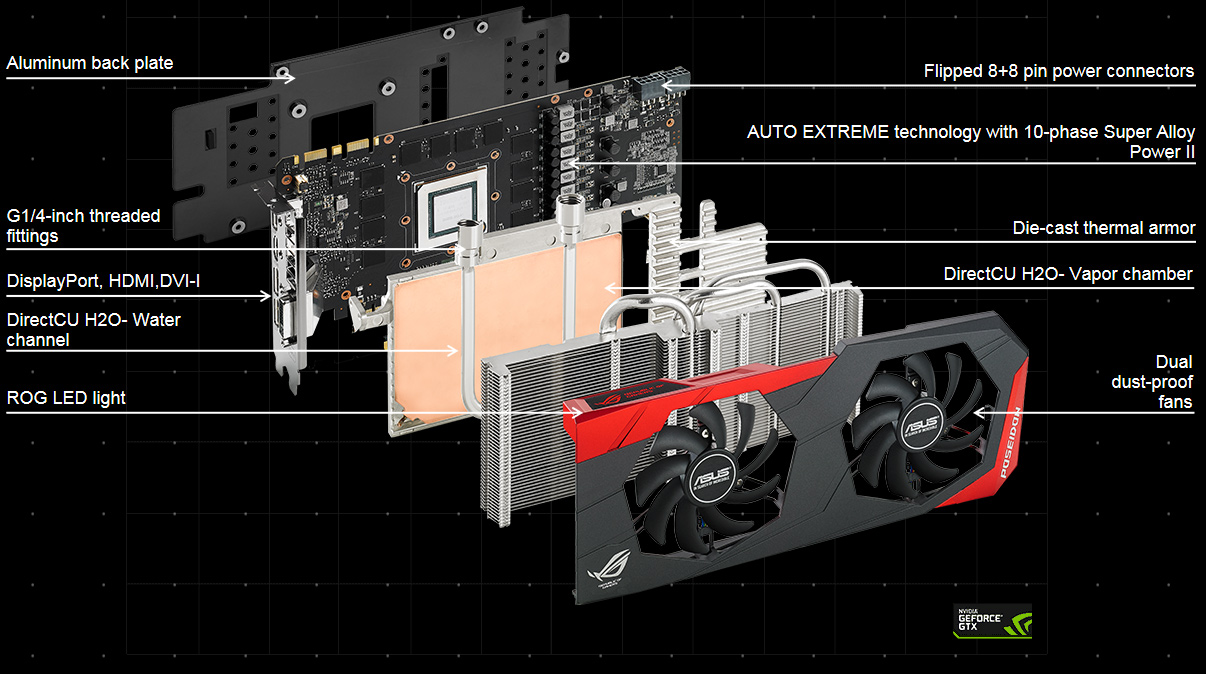 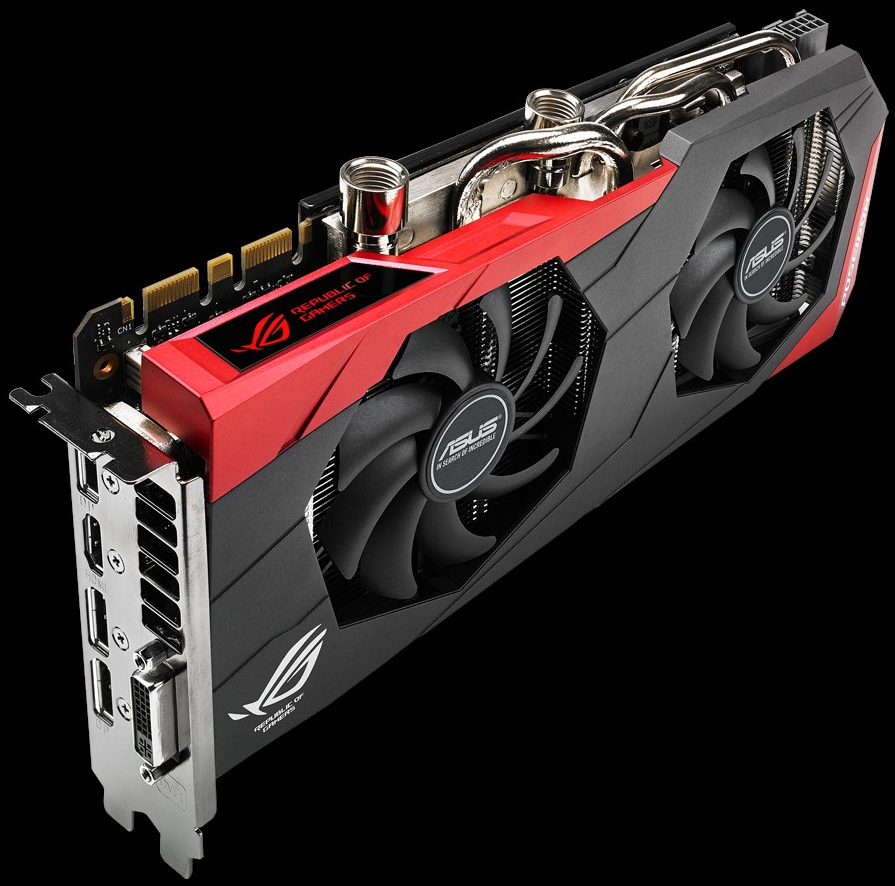 Peak compute performance of the ROG Poseidon GTX 980 Ti is around 6.77TFLOPS, or around 10 per cent higher compared to that of the GeForce GTX Titan X, which boasts with 6.144TFLOPS of FP32 processing power.

Asustek Computer is also working on its Asus ROG Matrix GTX 980 Ti, which will be the company’s highest-performing single-chip graphics card based on an Nvidia GeForce graphics chip.

KitGuru Says: The new Poseidon graphics adapters should be perfect for those, who already have custom liquid-cooling system. For those, who just want to have high performance, the Asus Strix GeForce GTX 980 Ti should be a considerably better solution thanks to higher clock-rates, pre-overclocked memory, very advanced cooling system and better VRM.

Previous How does Metal Gear Solid V hold up on the PC?
Next Wireless charging, wireless docking and smart sensing will remain exotic PC features