Elmor, an overclocker from SweClockers.com team, has managed to increase GPU clock-rate of Asus GeForce GTX 980 Direct CU II graphics card by 81.58 per cent from default, to 2208MHz. He also managed to increase effective GDDR5 memory frequency to 8392MHz, a 19.27 per cent boost. To achieve his remarkable overclocking result, Elmor used liquid nitrogen cooling. The core voltage of the GM204 GPU was 1.2120V. 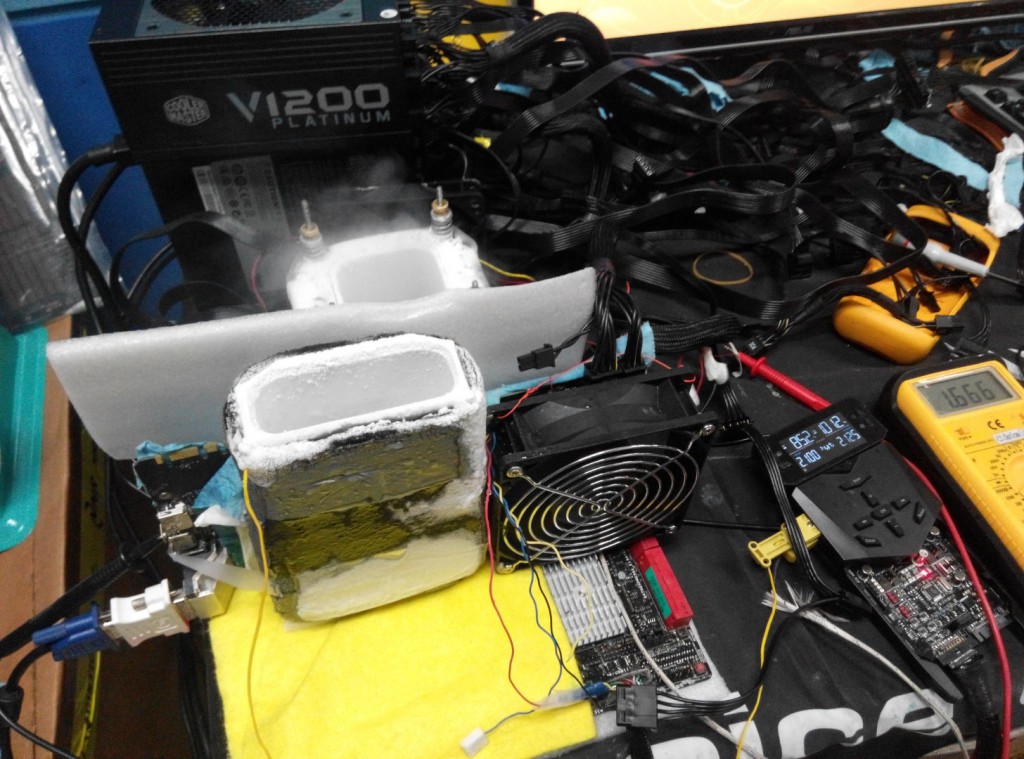 Earlier this year Nvidia Corp.’s GK110 graphics processing unit has managed to conquer 2.0GHz frequency, setting the world’s record. The GM204 graphics chip is smaller than the GK110 and contains fewer transistors, therefore, it is not surprising that it can work at even higher frequencies. Moreover, thanks to increased efficiency of Nvidia’s Maxwell architecture, the GM204 can actually be faster than the GK110 in benchmarks when overclocked. 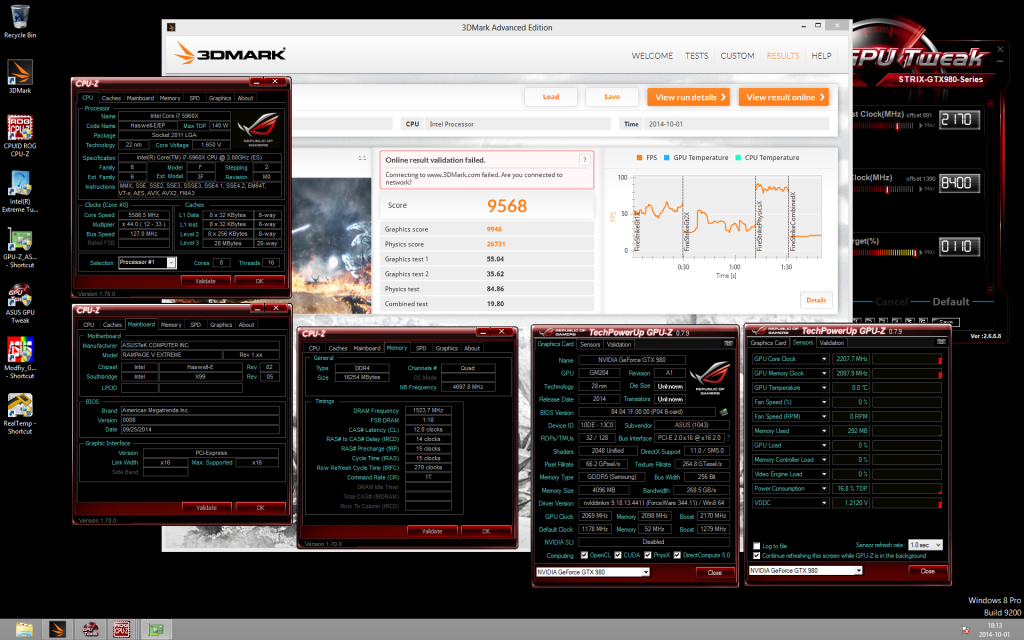 KitGuru Says: Nvidia GeForce GTX 980 graphics cards have existed on the market for less than a month. Professional overclockers only start to push them to the max. Eventually, it is highly likely that the GM204 GPU will set a number of other records.

Previous Google’s project Ara smartphones to have hot-swappable components
Next Intel grabs No. 2 spot on the market of tablet SoCs in Q2 – analysts