Intel Corp. and Inventec demonstrated external graphics processing solutions featuring Thunderbolt 3 interface at the Intel Developer Forum this week. The devices are based on reference designs and it is unknown when the products could hit the market.

Intel’s Thunderbolt 3 interface offers 40Gb/s of bandwidth (about 5GB/s), which is dramatically lower than 15.75GB/s provided by a fully-fledged PCI Express 3.0 x16 slot, but which could be enough even for today’s high-end graphics cards in various games that do not require a lot of PCIe bandwidth. Since Thunderbolt 3 uses USB 3.1 type-C connector and is fully compliant with the standard, it can deliver up to 100W of power to any external component, which could be sufficient for some of modern graphics processors.

At the IDF trade-show, Intel and Inventec showcased a chassis for a desktop-class graphics adapter as well as a dock featuring integrated mobile graphics processing unit, reports Gizmodo. Both devices feature Intel’s “Alpine Ridge” controller, which is about to hit mass production. 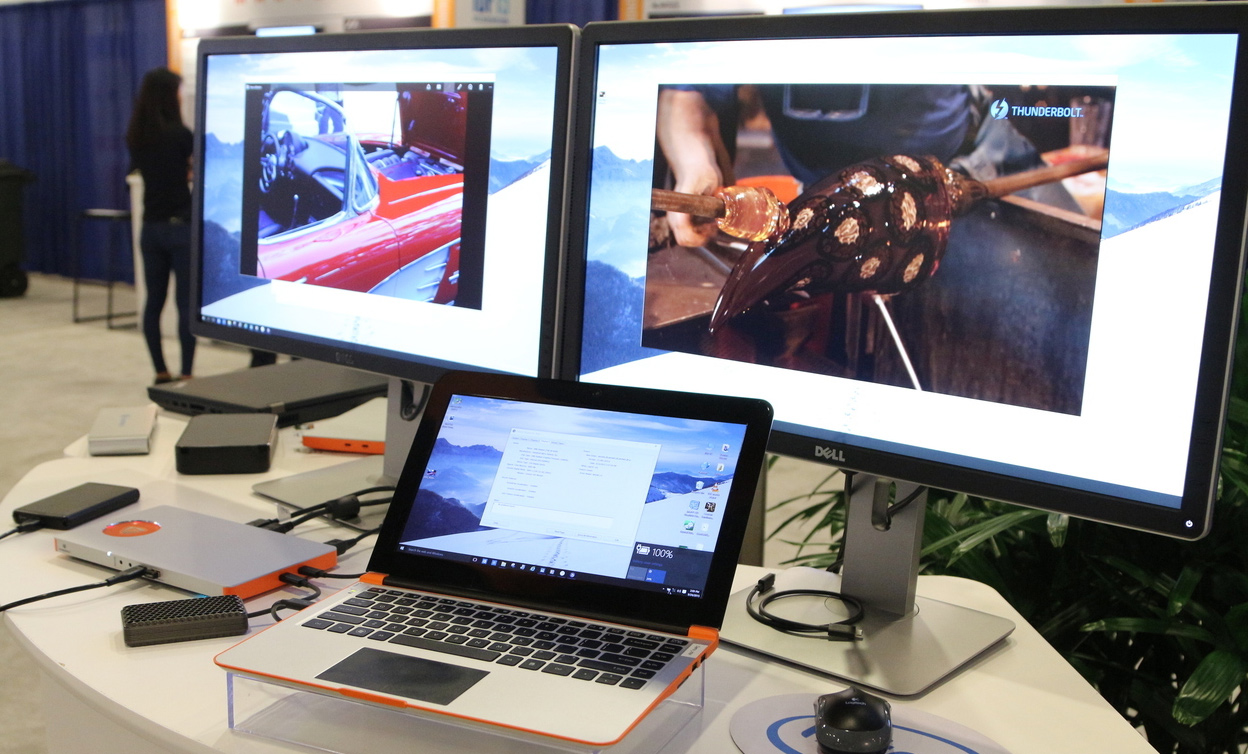 The graphics card chassis with Thunderbolt 3 interface is an external enclosure for desktop-class graphics boards that has its own power supply unit and, perhaps, a cooling system. During the demonstration, Inventec and Intel used an Asus Radeon R9 270X (“Pitcairn” aka “Curacao” GPU with 1280 stream processors) graphics adapter inside the chassis, but it depends on the PSU what kind of graphics board can be supported by the enclosure. 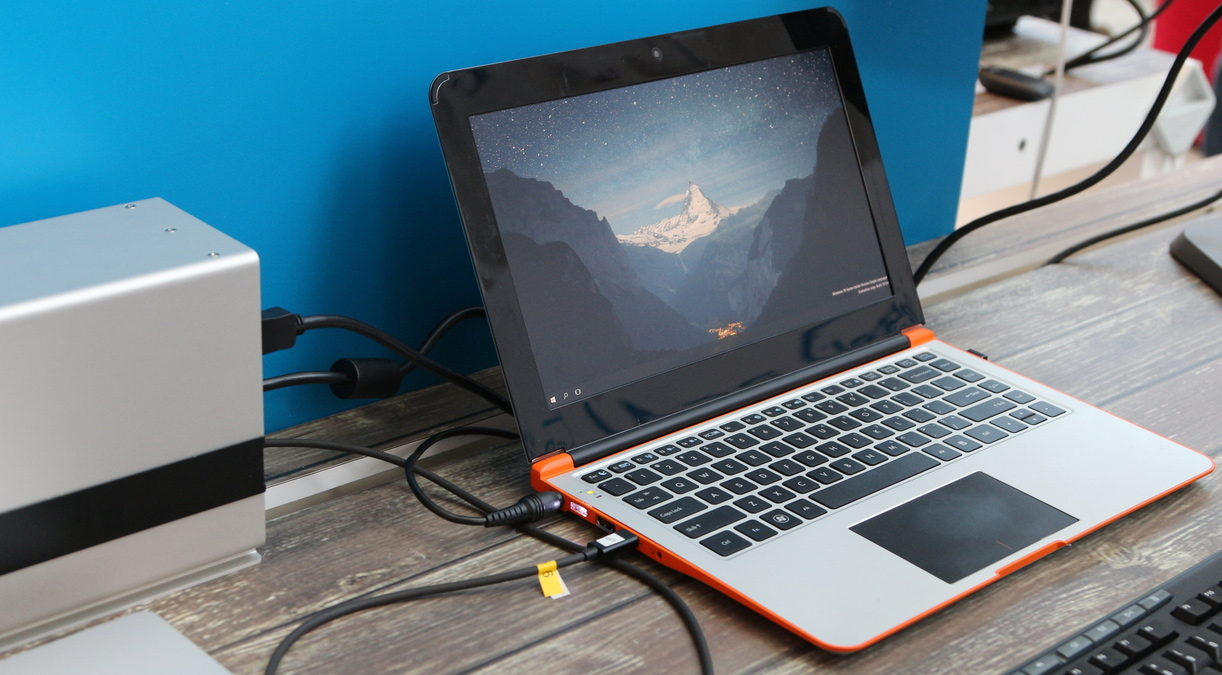 The demonstration of external graphics processing solutions by Inventec and Intel indicate that there is an interest from the PC maker and the chipmaker to build such products. Keeping in mind that by the end of next year there will be at least 30 mobile PC designs with Thunderbolt 3 (according to Intel) interface, there will be demand for external graphics adapters too. Unfortunately, it is unclear how much will such products cost and what kind of performance can we expect from them. 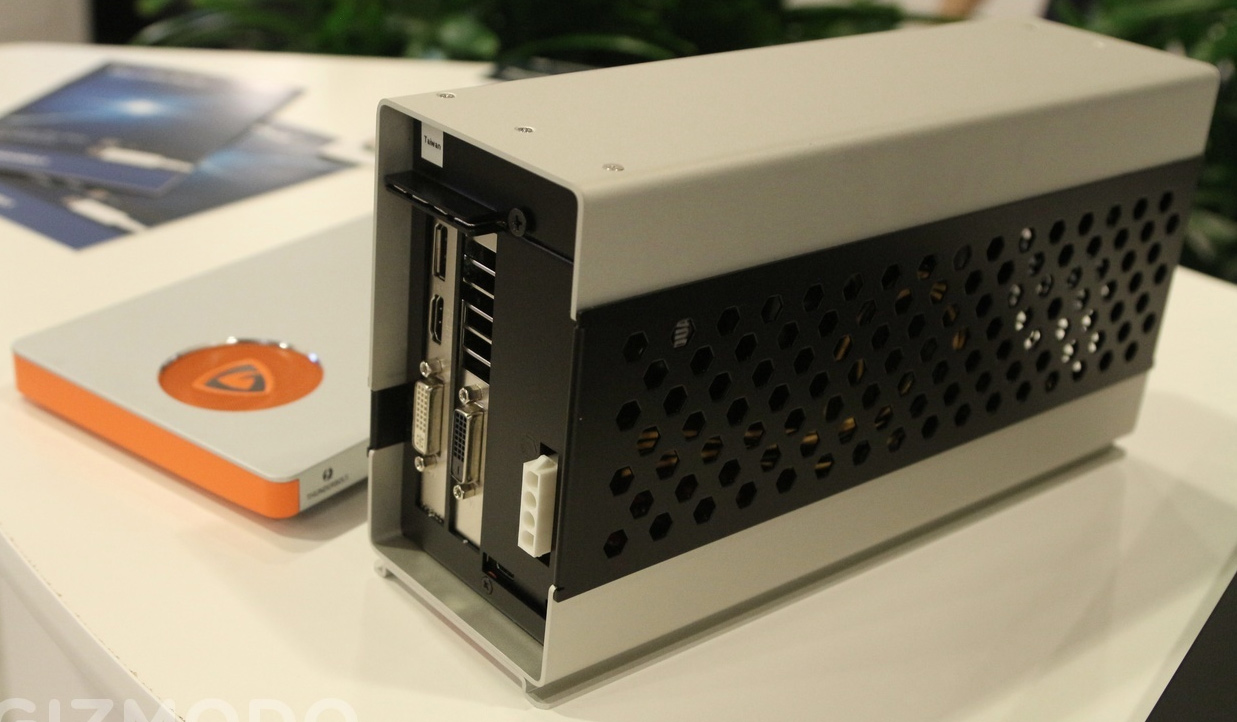 KitGuru Says: While it is nice to see that at least one company is working on external graphics processing solutions featuring more or less industry-standard interface, the current demonstration just fails to impress. AMD Radeon R9 M385 and AMD Radeon R9 270X are based on completely outdated graphics processing units and hardly deliver enough performance for modern games.

Previous Fancy sending your name to Mars on the next lander?
Next Project Ara may have been delayed due to bad magnets