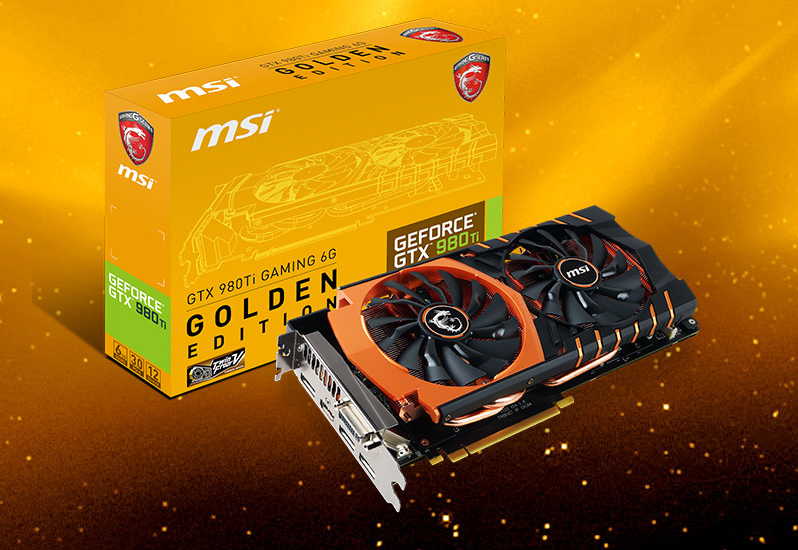 In many ways, the “Golden Edition” graphics card resembles MSI’s GTX 980 Ti Gaming 6G reviewed by KitGuru earlier this year. The main difference between the two is all-copper Twin Frozr V cooler on the new one versus all-aluminium cooler on the regular one. The cooler features multiple heat-pipes as well as two fans, which stop spinning in low-temperature situations. The “Golden Edition” is designed not only to look better than the original card, but also to provide more efficient cooling.

The decision to use copper radiators is a debateable one, keeping in mind the fact that while copper quickly absorbs heat, it does not quickly dissipate it, unlike aluminium, which dissipates heat rapidly. Practically all high-performance coolers use a combination of copper and aluminium. 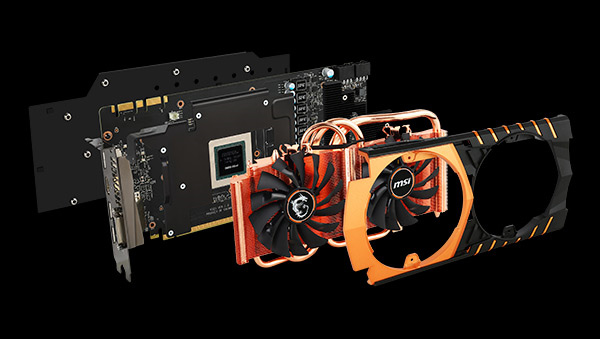 The new MSI GTX 980 Ti Gaming 6G Golden Edition will be on display at the Madrid Games Week event in Spain. The card will hit the market in the coming weeks. A small surprise will be included in the accessories box of this limited edition product.

KitGuru Says: The Golden Edition of MSI’s GeForce GTX 980 Ti Gaming 6G looks very impressive. But will it be actually better than the regular one? That is something for reviewers to check out!

Previous Sony: VR entertainment will have great future in the coming 20 years
Next Humble Monthly is like Loot Crate for games