Nvidia's Turing architecture has nearly been on the market for two years. Since its release many new cards have seen the light of day. A new iteration of Turing-based cards for gaming laptops appear to be around the corner, namely the RTX 2070 Super and the RTX 2080 Super. A leaked internal slide from Nvidia now shows the performance of the newcomers compared to the last generation GPUs. 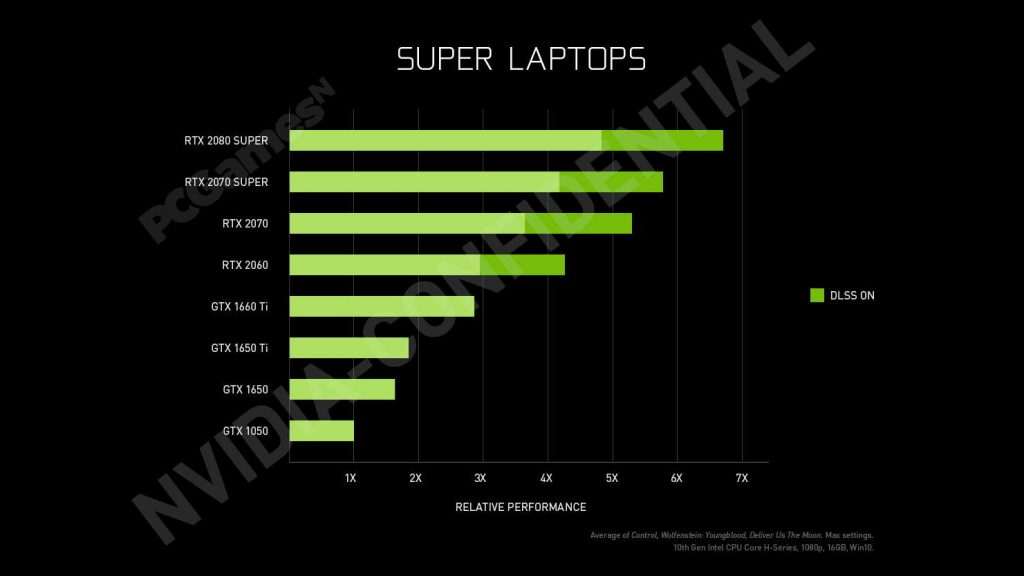 According to PCGamesN, the leaked information seems to be a part of a kit going out to laptop manufacturers. This could mean that the new cards will be released very soon, which is in line with previous speculations that the cards will reach the market this Spring.

The performance test aggregates data from the games Control, Wolfenstein: Youngblood and Deliver Us The Moon. The games were run with max settings at 1080p, using a system with a 10th generation Intel Core H-series CPU and 16GB RAM. Windows 10 was used as the operating system.

KitGuru says: Are you already using a Nvidia RTX mobile GPU? Are you looking forward to the updated RTX Super cards?