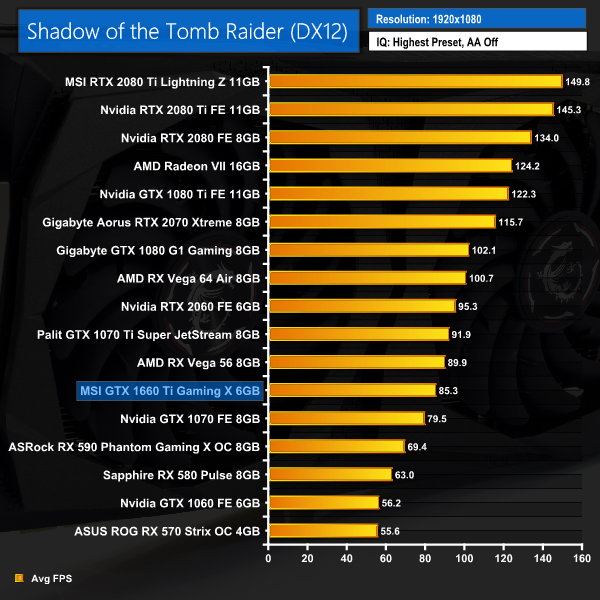 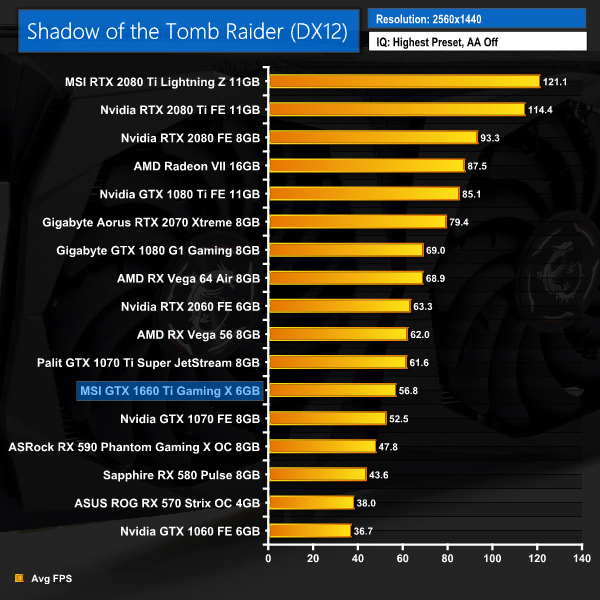 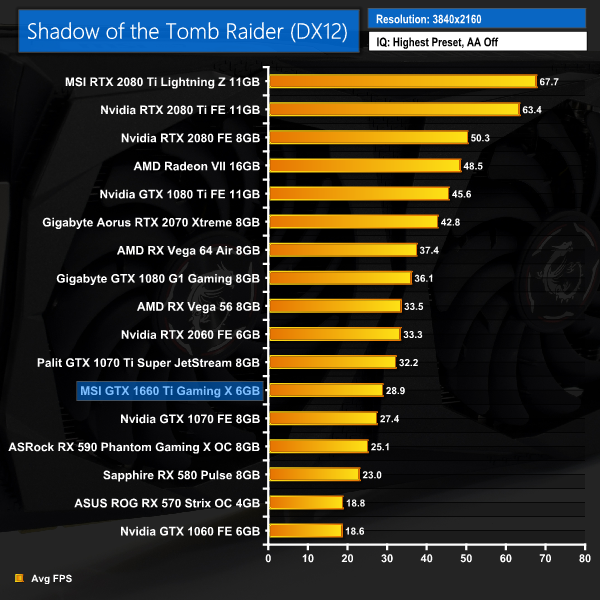 Shadow of the Tomb Raider rounds out our games testing, and demonstrates the biggest performance difference between GTX 1660 Ti and GTX 1070 that we have seen. At 1080p, for instance, the 1660 Ti is almost 6FPS faster, while even at 1440p it is 4FPS faster. It's still not a massive performance gain, but it is the biggest margin of difference between 1660 Ti and 1070 we have seen from our testing today.