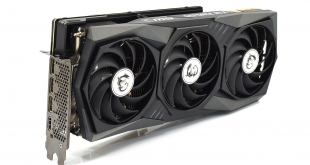 Today we follow up on our launch day review of Nvidia's RTX 3060 with a look at MSI's RTX 3060 Gaming X Trio. This is a physically massive graphics card that uses the same cooler from MSI's RTX 3070 Gaming X Trio and it's even the same size as the RTX 3090 model. What happens when you take a cooler this big and stick it on a 170W GPU? That is exactly what we'll find out today.

We've reviewed a variety of MSI's Gaming X Trio cards this generation, including the top-tier RTX 3080 and RTX 3090 models. I had thought MSI might be scaling down the design a little for this RTX 3060 Gaming X Trio, but that is not the case – the dimensions of this card are identical to that of the RTX 3090 model.

The cooler isn't quite identical though as there's one less heatpipe found with the RTX 3060, but even so, this is a gigantic RTX 3060 graphics card. With a factory overclocked core, dual 8-pin power connectors and plenty of RGB lighting, we put this card to the test and see whether or not it is worth buying. 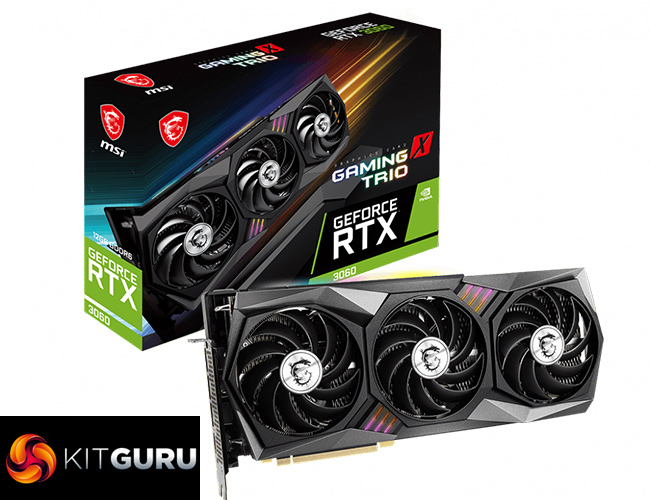 Interestingly, rated clock speed is the highest it has been for an Ampere GPU, coming in at 1777MHz for the reference spec. This MSI Gaming X Trio model however, has increased this to 1852MHz, and we test real-world clock speed behaviour later in this review.

Lastly, for total graphics power, Nvidia rates the RTX 3060 for 170W, which is 30W less than the RTX 3060 Ti. Despite being factory overclocked, the Gaming X Trio also shares this TGP rating.