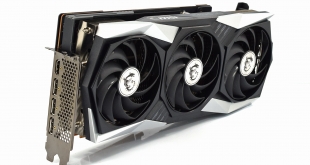 Launched last month, today we take a look at MSI’s flagship RX 6900 XT graphics card – the Gaming X Trio. Unlike the company’s graphics cards from the RX 5700-series, MSI has opted for a unified design approach between its AMD and Nvidia GPUs this generation, meaning the RX 6900 XT Gaming X Trio looks almost identical to the RTX 3080 Gaming X Trio, with a beefy triple-slot and triple-fan cooler. Let’s take a closer look and see if this could be a card to consider. 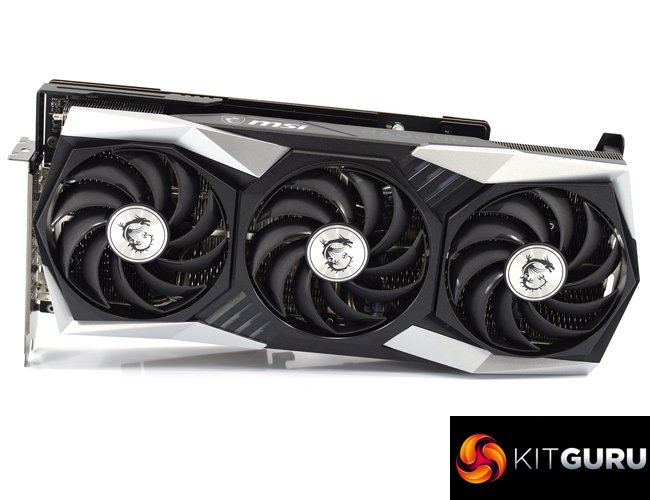 The MSI RX 6900 XT Gaming X Trio is the third air-cooled RX 6900 XT we have reviewed, coming after AMD’s reference design and also Gigabyte’s Gaming OC. It is the highest clocked of the three, with a rated boost speed of 2340MHz, which is 90MHz faster than the reference card. It’s also got the largest cooler, plenty of RGB lighting as well as a metal backplate.

Rated clock speed is also identical between these two RDNA 2 GPUs. Reference RX 6900 XT has a rated game clock of 2015MHz and a rated boost clock of up to 2250MHz, but MSI has pushed the rated boost clock up to 2340MHz for the Gaming X Trio.

AMD has also increased the memory capacity, with 16GB of GDDR6 memory found on the RX 6800, RX 6800 XT and RX 6900 XT, while the RX 6700 XT has 12GB GDDR6. Here, the memory is clocked at 16Gbps and operates over a 256-bit memory interface for total bandwidth of 512 GB/s. However, AMD has also implemented a 128MB Infinity Cache on the Navi 21 GPU, to significantly increase effective memory bandwidth without excess power draw.

Speaking of power, the reference RX 6900 XT has a rated total board power (TBP) of 300W. MSI has increased this for the Gaming X Trio to 350W based on our testing, but we look at power draw in more detail later on in the review.