A new rumour has surfaced claiming that Nvidia is set to ‘strengthen’ supply for its upcoming RTX 3050 graphics card. Announced back at CES 2022, the RTX 3050 has a starting price of $249, making it the most affordable Ampere GPU yet – and if this rumour turns out to be true, there may just be half a chance to get one of these cards at MSRP.

First posted on Board Channels (via VideoCardz), the rumour claims Nvidia is set to ‘strengthen’ the ‘first shipments’ of its RTX 3050 graphics cards, to the point where supply is expected to be greater than both the RTX 3060 and RTX 3060 Ti at launch. The post also suggests due to Chinese New Year (Spring Festival), some orders will be delayed, with cards meant to hit retail on January 27th. 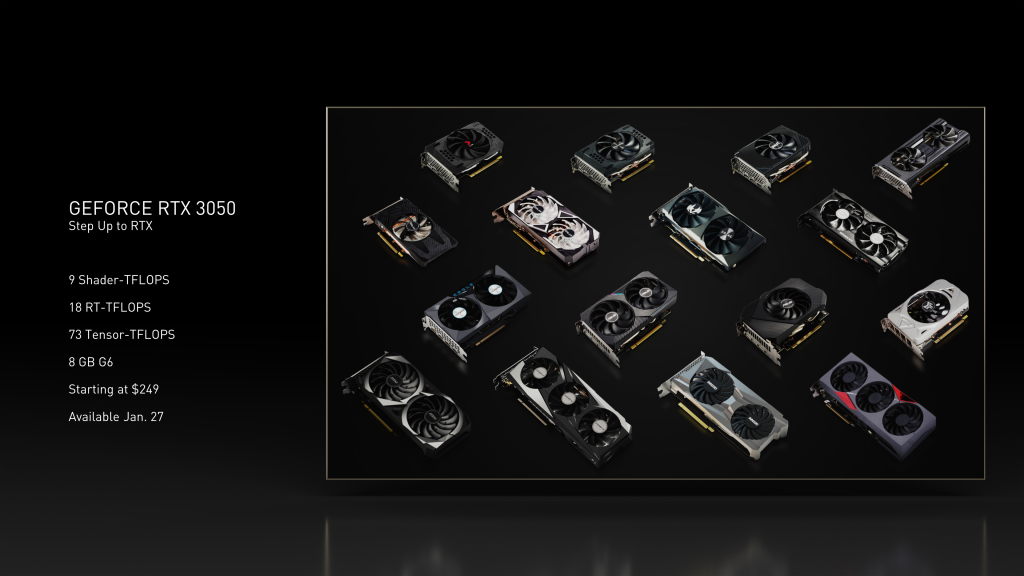 We reached out to Nvidia for comment on this story but, at the time of publication, did not hear back. We will update this article if we get a response.

The RTX 3050 is set to launch on January 27th, with pricing starting at $249. For a more detailed breakdown of the specifications, see our product announcement article HERE.

KitGuru says: More cards hitting the retail channel should – in theory, at least! – mean better pricing, so hopefully this rumour turns out to be accurate.