Out with the old, and in with the new – KitGuru is changing how we test GPU power draw. As a metric that has proven difficult to accurately measure for years, here we detail how we are now able to gather graphics card-only power draw for every single game we test, across three different resolutions.

For years, the only feasible way to test power draw of a graphics card was to use a wall meter like this. This, however, is a fundamentally imprecise metric, as we are measuring total system power draw, not that of the graphics card. It's enough to give us an idea of the differences in power draw between different GPUs, but you can't really get any more specific than that. 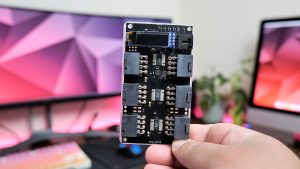 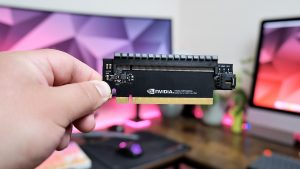 Last year, we started using Nvidia's Power Capture Analysis Tool, known as PCAT. This allows us to measure power draw of just the graphics card, allowing for some proper investigation into GPU power draw and power efficiency. Like I said, we've been using PCAT since last year, debuting in our reviews with the launch of the RX 6800 XT. What's changing now though, is how we are using PCAT to give us more accurate data.

Previously, I would run all of my game benchmarks first, and then I would run a separate test for measuring power. That would be a 30-minute loop of a game or 3DMark benchmark where I’d record the power data from that into one huge Excel file, and take the average power draw of the graphics card across the 30-minute run to present in a chart.

That is an absolutely valid way of testing power, and the results would be accurate and generally representative of a GPU’s power draw. However, there is a clear and fairly significant limitation with that approach – we were only testing one scenario, a 30-minute 3DMark Time Spy stress test. What we’re not accounting for is differences in power draw from game-to-game, or from resolution-to-resolution.

What we’re doing now however, is integrating our PCAT power testing within our general game benchmarking. That means, instead of running all of our game benchmarks first and then running a separate test for power draw, our power draw data will now come from the games we are already benchmarking as part of our testing.

We can do this thanks to Nvidia’s FrameView tool. This is essentially Nvidia’s equivalent to OCAT, which is AMD’s benchmarking tool that we previously used to record average and 1% low frame rates. The reason we’re switching to FrameView is that, because it’s an Nvidia tool, it can interface with PCAT to present power draw readings from every single one of our benchmark runs, alongside the frame rate data we need to collect for our game benchmarks. 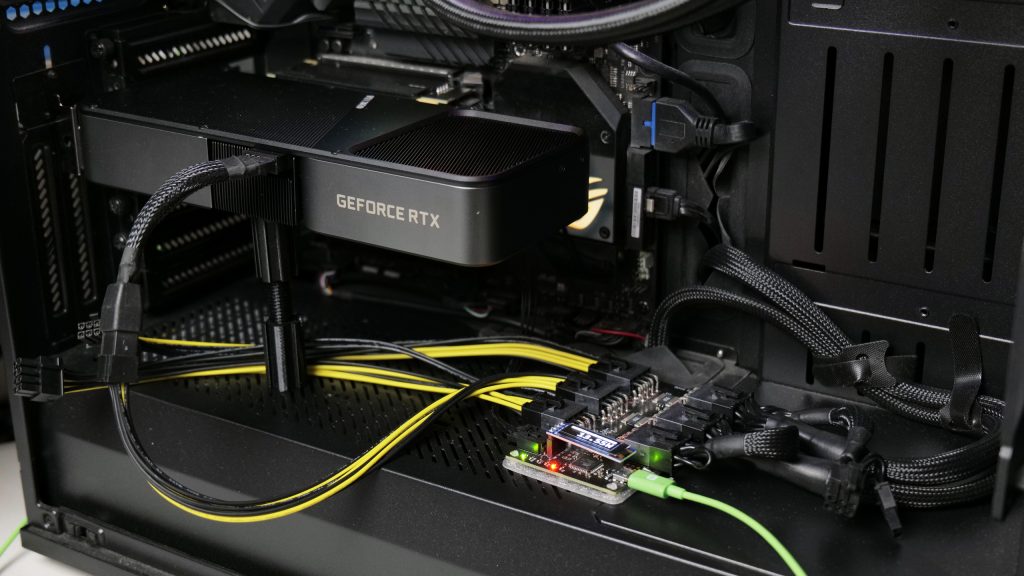 Secondly, because we can now record both frame rate and power draw figures for every single game we test, we get a much more accurate look at performance per Watt, on a per game basis. Previously we’d take our average frame rate from across all the games we tested, and divide that number by the average power draw figure from our 30-minute stress test, to give performance per Watt at 1080p, 1440p and 4K – as you can see here.

However, as we show in the video, power draw isn’t a constant across every game and every resolution. With PCAT and FrameView, we can accurately show performance per Watt to a much finer level as the data is all recorded for us.

So that is really it – in a nutshell, by being smarter with how we’re using PCAT, instead of just taking one test result and presenting that as the sole power draw figure for a GPU, we can now be much more accurate with the data we present, as our power draw testing is done on a per-game and per-resolution basis.

KitGuru says: Expect to see this new methodology roll out in our next batch of GPU reviews, and be sure to check out the video to see PCAT in action.