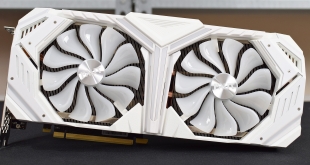 Over the last few weeks, we have focused almost exclusively on AMD's Navi-based graphics cards. Today, we step over to Team Green, with a look at Palit's RTX 2080 SUPER WGRP. WGRP stands for ‘White GameRock Premium', and this is a limited edition model with the white shroud. You can, however, pick up a regular GRP in black if you prefer. As Palit's flagship 2080 SUPER card, just how well does it perform?

The Palit RTX 2080 SUPER WGRP isn't just a pretty face, though – it is rocking a custom PCB with enhanced power delivery, a factory overclocked core and a beefy 2.7-slot cooler as well. Priced at £749.99 here in the UK – though currently on sale for £709.99 at Overclockers UK – you're certainly paying a fair premium over the £669 price of the Founders Edition, so has Palit done enough to justify the extra expense? 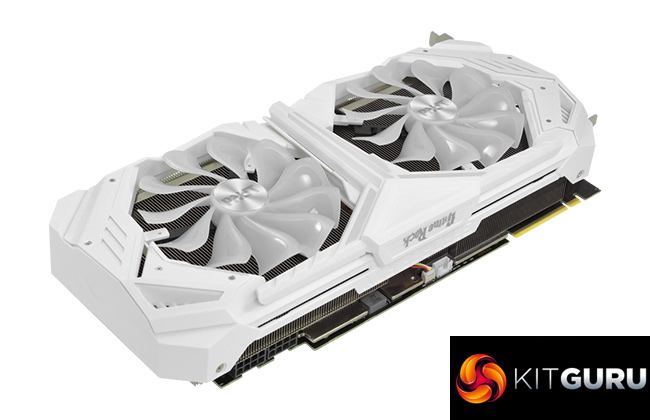 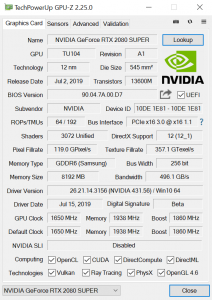 Touching on clock speed, reference RTX 2080 SUPER ships with an 1815MHz boost clock, but Palit has upped that by 45MHz. It may not sound like much, but we do also have to factor in GPU Boost so the card will likely be running faster than 1860MHz anyway, but that is something we look at later in this review.

On top of that, while there is still 8GB GDDR6 memory as per vanilla RTX 080, 2080 SUPER has memory modules rated at 15.5Gbps, up from 14Gbps from the card's predecessor. Total graphics power is rated at 250W, which is the same as the Founders Edition.