Following on from our launch-day RTX 3050 review, today we are supplementing that initial coverage with a look at two more custom cards. The first comes from Inno3D in the form of the RTX 3050 Twin X2 OC, while we also have MSI's RTX 3050 Gaming X to test. We find out how they perform, while also comparing the cards to Gigabyte's Eagle and Palit's StormX OC models.

We have two more AIB RTX 3050 cards to review today. The Inno3D RTX 3050 Twin X2 OC is, as the name suggests, a dual-fan model that ships with a 45MHz factory overclock. It also sports a metal backplate and grey shroud, though there is no RGB lighting.

Alongside that, we also assess the MSI RTX 3050 Gaming X. This is MSI's flagship RTX 3050 offering, with an eye-watering £369.99 MSRP. For that money we get a 67MHz factory overclock, metal backplate and a single RGB zone. As we will see, MSI has also beefed-up the VRM slightly compared to the other RTX 3050s we have reviewed so far. 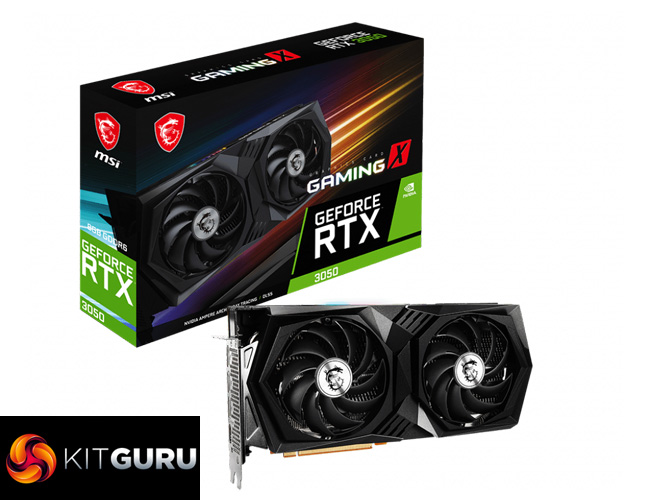 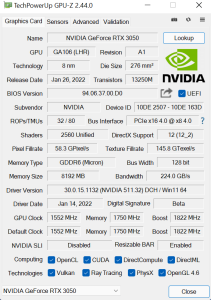 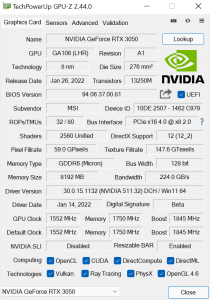 As a cut-down GA106 GPU, the RTX 3050 sports a total of 20 streaming multiprocessors (SMs).Thanks to Ampere’s new SM structure with its two FP32 datapaths, each SM houses 128 CUDA cores, giving a total of 2560.

Ampere also places one RT core, and four Tensor cores, in each SM, giving a total of 20 RT cores and180 Tensor cores. This is accompanied by 80 texture units, and 32 ROPs which are now housed directly within each graphics processing cluster (GPC), with 16 ROPs per GPC, and 2 GPCs in total for RTX 3050.

Rated clock speed is carried over from the RTX 3060, as we find the same 1777MHz boost clock. Of the two cards we are looking at today, both are factory overclocked, with the Inno3D shipping with a 1822MHz boost clock, while the MSI has a 1845MHz boost clock.

Memory is provided by 8GB of GDDR6, clocked at 14Gbps. Over the narrower 128-bit memory interface, we see total memory bandwidth hit 224 GB/s, a reduction of 38% against the RTX 3060. The PCIe interface has also been shaved down, with a PCIe 4.0 x8 connection, instead of the full x16 allocation.