We've seen a number of custom Radeon RX 5700 XTs since the reference cards launched back in July, and we've reviewed several high-quality models ourselves. We've already seen XFX release its THICC II card, and now it seems a THICC III is in the works.

As reported by VideoCardz, XFX is set to release another RX 5700 XT, dubbed the THICC III. The THICC II has been around for a couple of months now (and we have a review coming soon, so stay tuned for that) and sports an attractive shroud design with a dual-fan cooler. 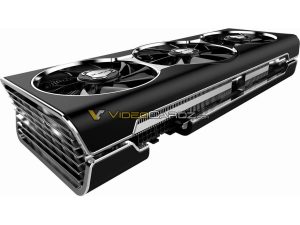 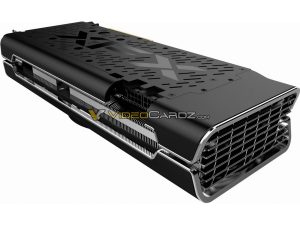 The THICC III takes the same core design and just amps it up, with an extra fan giving it a triple-fan cooler, while it looks like there is a significantly larger heatsink as well. Card thickness appears to be the same ‘2.7 slot' design as the THICC II, and the card also sports an attractive ventilated backplate.

We're not yet sure when the THICC III will release, and it is not currently listed on XFX's official website. Hopefully we will get an official announcement soon with further information including pricing and availability.

KitGuru says: The XFX THICC design is certainly very attractive, but we're yet to see just how good the THICC II is, so stay tuned for our full review of that card coming soon.