When it comes to branding, the KFA2 products are no shrinking violets. Distinctive graphics and some very moody characters on the posters seem to promise pixel punishment in a grimy, street savvy way. But cool packaging only get you so far. Increasing sales needs proactive distribution. KitGuru examines changes to KFA2's channel.

Originally founded in 1994, Galaxy is one of those manufacturers that produce a serious volume of cards, but which are often sold under various brands into different markets across the globe. For the performance market, the brand Galaxy has chosen is KFA2 and the products are – as the name would suggest – aiming to ‘Kick Friggin Ass' for gamers.

Since deciding to work with ex-AMD graphic guru Craig Connell, KFA2 has been going from strength to strength in the UK market and it has now decided to increase its distribution presence by appointing Target Components.

“Not only do they have a unique look with their custom PCBs and fans, but they also have the capability to outperform even the best-known brands. They have online end-user support, based in the UK and these KFA2 cards come with a 2-year warranty as standard, giving end-users peace-of mind”, said Cory.

This appointment gets KFA2 cards into plenty more stores across the UK, but what if gamers want KFA2 inside pre-built systems?

The ‘Builder' that Cory is referring to is Target's unique system builder tool, designed to help gamers get the perfect specification by engaging with a purpose built program when they visit their local computer store. 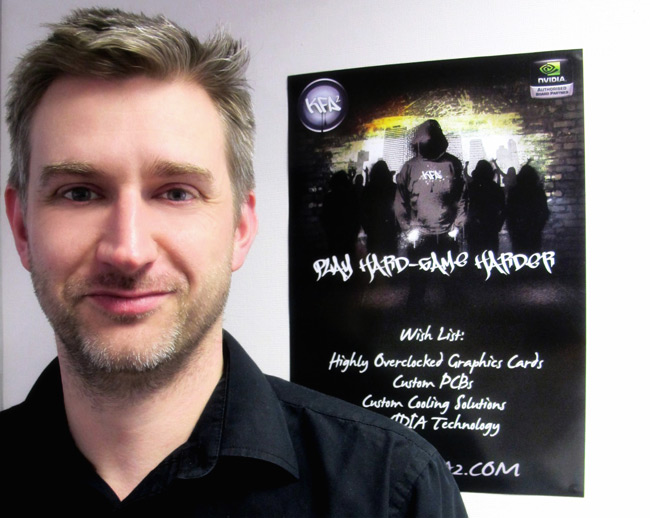 .
KitGuru says: Following the recent positive news for nVidia from the latest Jon Peddie reports, it seems that expansion is the name of the game as KFA2 targets an even larger audience or hard core gamers.