PC gamers looking for large format displays with high refresh rates and Nvidia G-Sync technology don’t have much variation to choose from at the moment. Displays currently available aren't what you would call budget-friendly either. However, that might be about to change with Nvidia now implementing G-Sync compatible technology into mainstream televisions.

LG will be one of the first manufacturers to have the technology enabled in its current 2019 TV models. LG OLED TV owners will receive a firmware update starting this week adding Nvidia G-Sync compatibility. LG’s 2019 OLED models E9 (55 and 65-inch), C9 (55, 65 and 77 inch) along with the B9 (55and 65 inch) will all be treated to Nvidia G-Sync firmware updates.

Owners of 2019 LG OLED TVs in North America will be the first to receive the updates, shortly followed by markets in Europe, Asia, Latin America, Africa and the Middle East. LG claims that with Nvidia G-Sync support, its OLED TVs will deliver the smoothest and most immersive gaming experience with screen tearing, flickering and stutter issues eliminated. 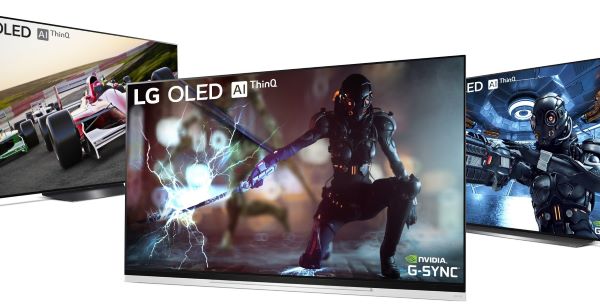 “As the first TVs to offer NVIDIA G-SYNC Compatible support in the industry, LG is once again demonstrating its commitment to delivering the most advanced gaming experience,” said Sam Kim, senior vice president of the TV product planning division of LG’s Home Entertainment Company. “Our partnership with NVIDIA, the world’s premiere gaming hardware brand, are helping our 2019 OLED TVs set a new standard in gaming performance.”

Hardcore gamers regard the OLED line up from LG as one of the best options on the market, with exceptional picture quality, low input lag and ultra-fast response times. The addition of Nvidia G-Sync compatible support will allow PC gamers with Nvidia GTX and RTX graphics to enable G-Sync while gaming on LG’s large OLED displays featuring huge 77-inch panels.

KitGuru says: While large displays such as the LG OLED TV’s may never be popular with esports and competitive first-person shooters, in games such as driving sims or strategy-based, a large display with tear-free high refresh rate will no doubt appeal to many.