PowerColor’s RX 5700 XT Red Devil has already been crowned as one of the best custom AMD GPUs available on the market today, but it looks like an upgrade is on the way. This week, PowerColor began teasing a new liquid-cooled RX 5700 XT, tentatively known as the ‘Liquid Devil'.

PowerColor's original air-cooled Red Devil card garnered plenty of positive reviews. In our own analysis, we ended up giving the card our ‘Must Have' award, praising it for its performance, cooling prowess and BIOS options. Now, PowerColor is going to be taking that performance to the next level, with a liquid-cooled version. 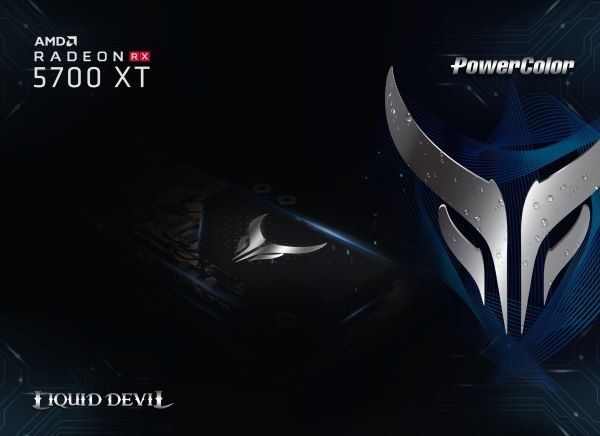 Judging by the teaser image posted on the web, PowerColor is using a custom EK water block for the Liquid Devil, rather than an all-in-one liquid cooler. That means this GPU will be primarily aimed at those with a custom liquid cooling loop already, or those looking to put one together while cutting out some of the hassle of fitting a GPU block.

The full specification for this card has yet to be announced but all should be revealed quite soon. One thing is for certain though, this will end up being one of the most high-end RX 5700 XT's on the market. With the extra thermal headroom provided by liquid cooling, we will hopefully see some great overclocking results too.

KitGuru says: With an increase in performance coming from custom cards over reference designs, the Powercolor Liquid devil could see those performance increases boosted even further.