In partnership with multiple custom PC builders, Nvidia is commemorating the release of The Matrix Resurrections by giving away three unique and water-cooled desktop systems and 5x custom RTX 3080 Ti Matrix-themed backplates.

As the name implies, the Digital Storm Backup Operator was developed by Digital Storm itself and Stefan Ulrich (RandomDesign), a full-time artist with extensive modding experience. Based on the Digital Storm Aventum X case, Ulrich altered it to fit into the Matrix's theme, featuring green LEDs, multiple decorative displays, other add-ons, and a lot of cable clutter. 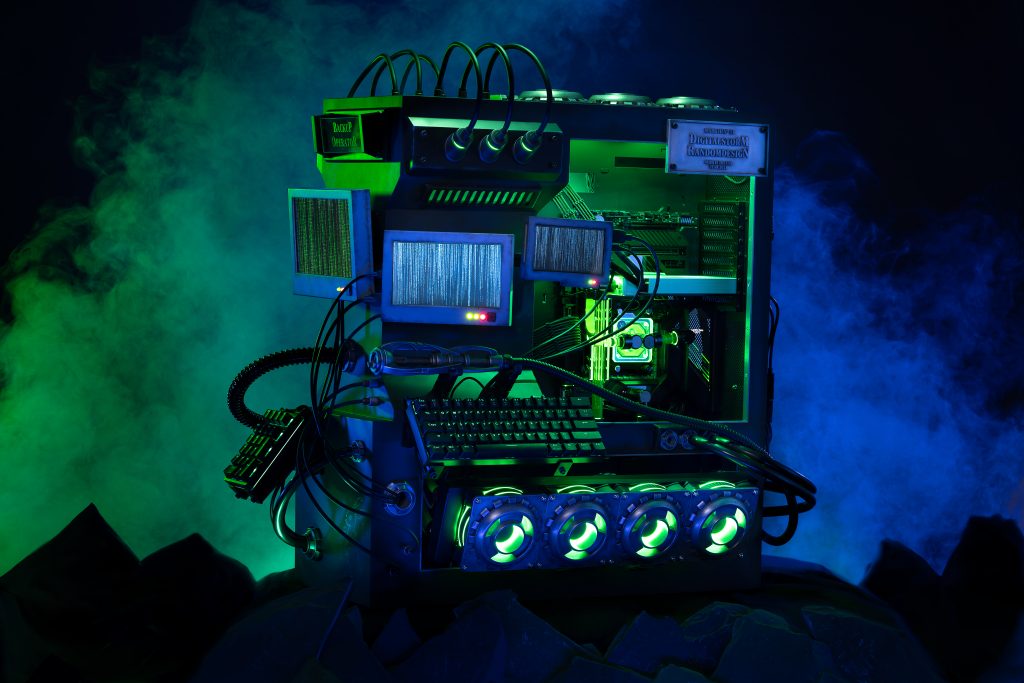 Moving on to the NZXT Nebuchadnezzar, the custom PC was developed in partnership with Dave Cathey (or Insolent Gnome), utilising seven years of modding experience to design this machine. This creation was obviously inspired by the hovercraft from the Matrix movies, with several Sentinel arms around it. Still, you can also see other design cues from the Matrix movies, like the red or blue pill props, the white rabbit on the NZXT Kraken pump display, the green LEDs, and much more. 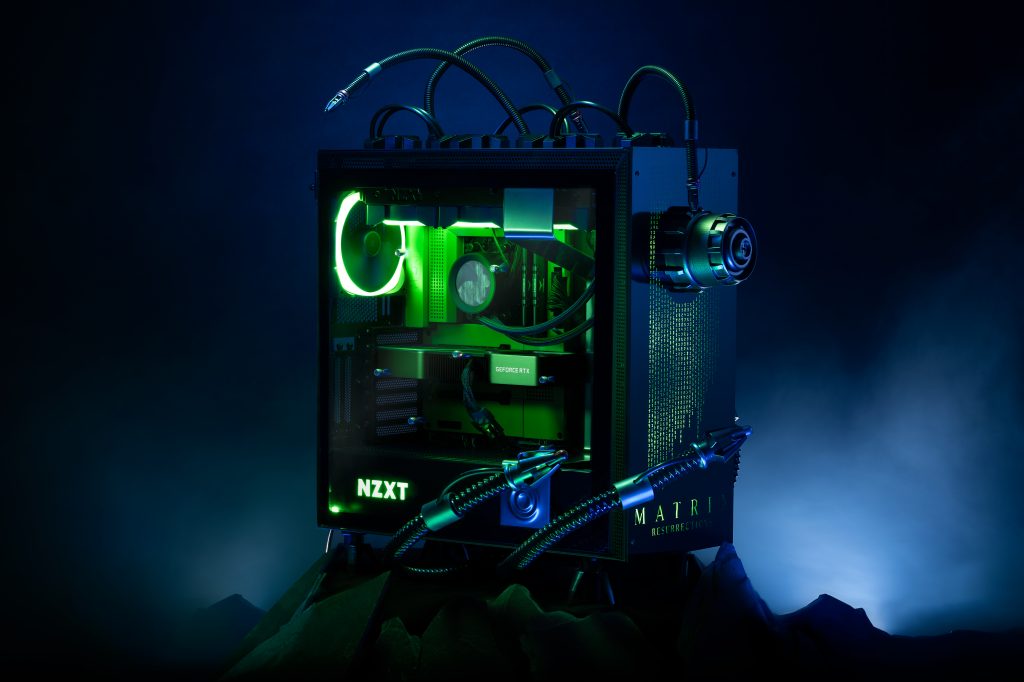 This system is based on the NZXT H710i and features an RTX 3080 Ti Founders Edition, an AMD Ryzen 7 5800X and 32GB of TeamGroup T-Force DDR4 memory. These components are mounted on an NZXT N7 B550 motherboard and powered by an NZXT C850 PSU. A Z73 Kraken AIO cools the CPU, and the case has multiple Aer LED fans to create airflow. Your storage needs will be fulfilled by a WD 1TB M.2 storage drive.

Lastly, there's Staszek “Tips” Wiertelak's creation, the strangest system out of the three. Unlike the others, the Breacher was created from scratch, which allowed the modder to design a “broadcast station jury-rigged to emit a pirate signal that impersonates a hacked sentinel”. 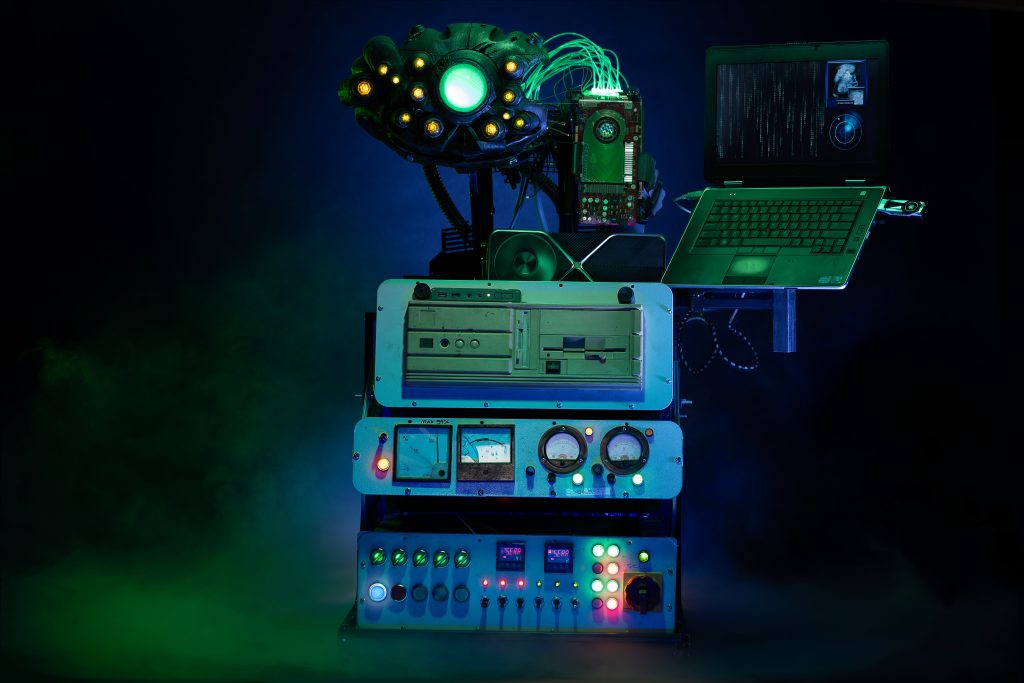 Unlike the others, this one features an RTX 3090 GPU alongside a Ryzen 9 3950X and 32GB of Corsair Vengeance RGB memory. The motherboard used in this build is an MSI X370 Carbon with 2TB of M.2 storage, and the system is powered by a Cooler Master PSU with 1200W.

In addition to these three custom PCs, there are five RTX 3080 Ti GPU backplates to win, each featuring at least three different visuals. Besides the white rabbit also featured in the NZXT AIO pump's display, the other two visuals have the classic green letters dropping from above and the deja vu black cat from the sixth and seventh iterations of the Matrix. 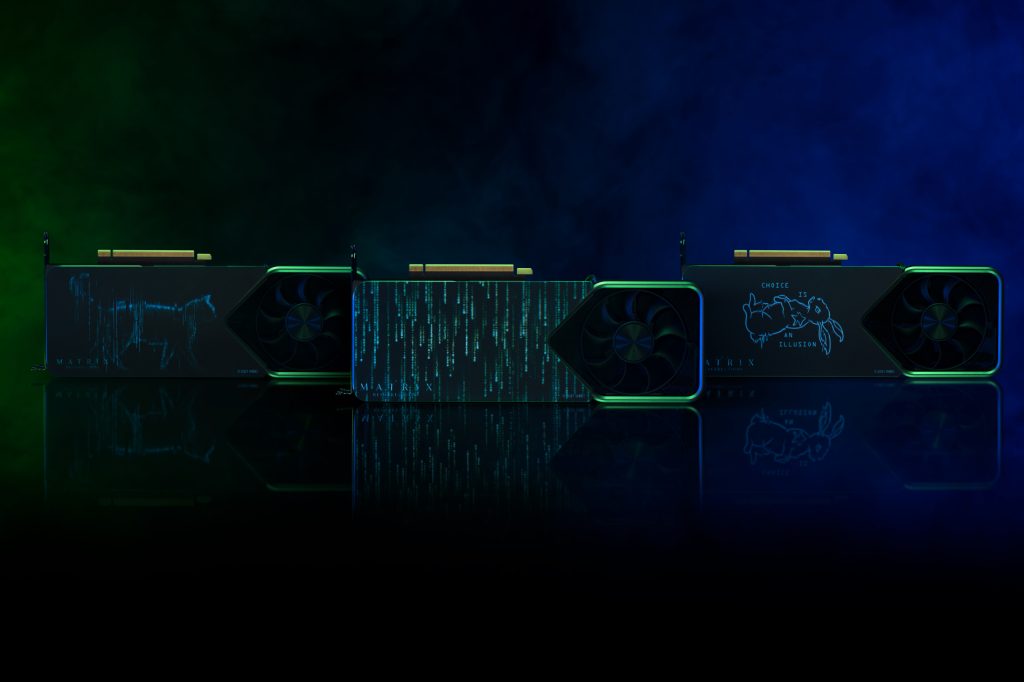 KitGuru says: This is a pretty huge competition. Will you be entering? Which of the custom PCs would you most like to win?