SPECviewperf 2020 benchmark results of the upcoming Nvidia RTX A6000 have surfaced. The leaker compared the results of the RTX A6000 to that of its predecessor, showing a performance improvement of about 10% on average.

The benchmark results were leaked by AdoredTV. As seen by the results, the performance uplift might be considered underwhelming for some. The new mainstream RTX graphics card had one of the biggest generational leaps ever in the industry, which made many assume that the workstation line of graphics cards would also have a similar one. Note that this is a single benchmark. The “real” performance gains might be more than this. The leaker also claimed that “doesn’t know if this is a typical A6000”. 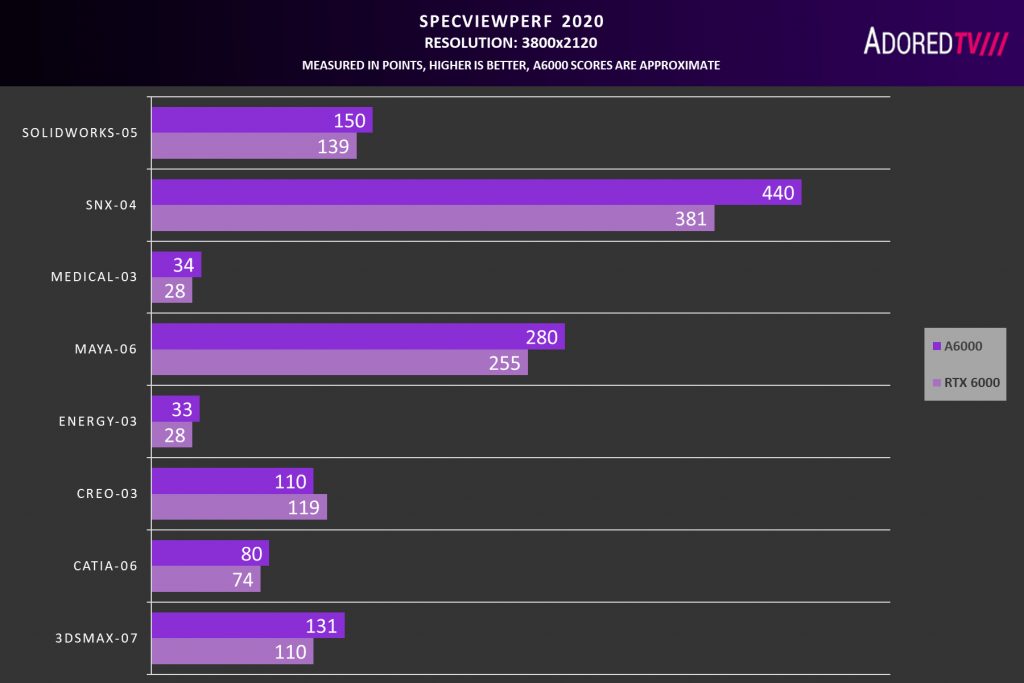 For those wondering the lack of the “Quadro” naming in the upcoming RTX A6000, Nvidia has joined both Tesla and Quadro cards under the same line due to how their professional graphics (Quadro) and computing (Tesla) solutions were overlapping each other. By joining both series, the company plans to simplify the cards' naming scheme for a better understanding and segmentation.

Nvidia hasn't confirmed the pricing or the release date of the RTX A6000 yet, but it's planning to ship the first cards during December.

KitGuru Says: Were you expecting a bigger performance leap between the RTX A6000 and the Quadro RTX 6000?