Even if Nvidia hasn't officially announced the RTX 3060Ti, leaks about this graphics card have been emerging nonstop. The latest one is the official performance charts, showing the RTX 3060Ti performing slightly above the RTX 2080 Super and up to 80% faster than the RTX 2060 Super.

The slide shared by VideoCardz, compares the performance of the RTX 2060 Super, the RTX 2080 Super, and the upcoming RTX 3060Ti. All the cards were at stock clocks and paired with an Intel Core i9-10900K. The benchmarks were all run at a 2560x1440p resolution. 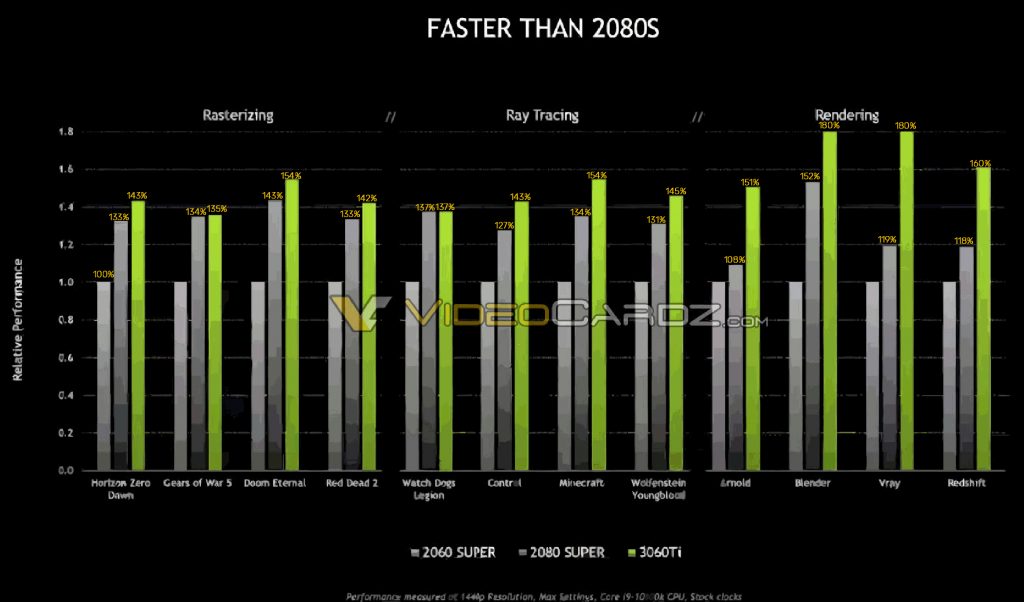 These results are somewhat in-line with what most people expected. Given that the RTX 3060Ti should be priced around the $400 mark, it's pretty impressive to see it outperforming the second-best Nvidia mainstream card of the previous generation.

Nvidia hasn't officially announced the RTX 3060Ti, but the latest rumours point it to a launch on December 2nd.

KitGuru says: What do you think of the RTX 3060Ti so far? Are you going to be keeping an eye out for the official launch?