Although AMD might have begun showing off its first Polaris cards at this year's Computex show, Sapphire is still looking to the previous generation to power its systems and yours. At its booth, we found it showing off a HTC Vive VR headset which anyone could try, all powered by a powerful Radeon Pro Duo. 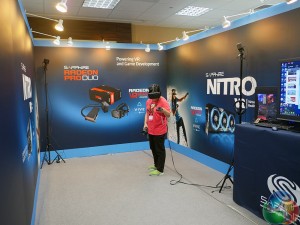 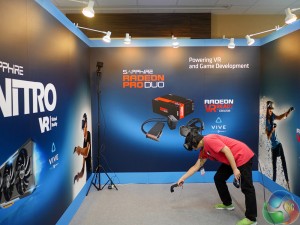 I don't have to tell you how much fun the HTC Vive can be to play with – review coming shortly – but it certainly doesn't take a Radeon Pro Duo to run. The recommended specification means you only need a GTX 970 or R9 290 to run it – indeed much of AMD's showing at Computex has been in how it wants to lower the price point of VR entry level graphics. 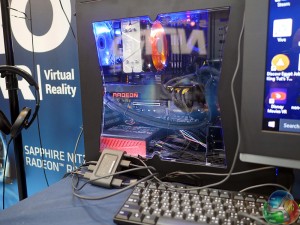 Still, having some extra power doesn't ever really hurt and a Pro Duo has that in spades.

Of course though the Radeo Pro Duo isn't all Sapphire had on show. it also wanted to push its Nitro line of graphics cards, showing them off in this open-plan chassis. 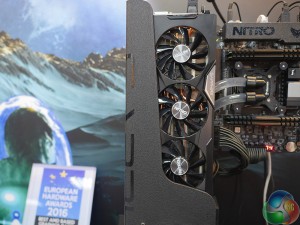 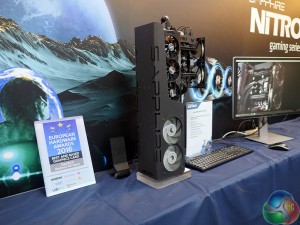 Sapphire, like other AMD partners, has yet to announce any of its own RX series graphics cards, but we would expect it to in short order. 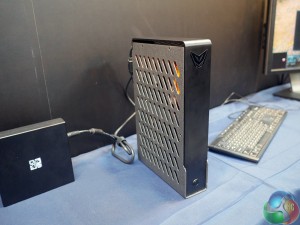 The last product Sapphire had to showcase was its micro-PC, the Nitro S4 Compact ITX system. It's a surprisingly powerful mini-rig, with an Intel i5 3550 paired up with 8GB of RAM and a Sapphire R9 380.

For something that measures up in inches rather than feet, that's quite an impressive little PC.

KitGuru Says: With the announcement of new-gen graphics cards from Nvidia and AMD, have any of you decided you're more interested in cheaper last-gen cards?

Previous Killing the King: Facebook to curb Zuckerberg power if he leaves
Next Computex: Super Micro taps in to the force with modded gaming chassis