Way back in the first week of December, Sascha Krohn, Global Senior Technical Marketing Manager at Asus made the trek from his office at Asus HQ in Taipei to tease KitGuru with two new laptops that will be launched at CES, early in January. As we said we originally held this interview back in early December and ASUS were under an NVIDIA NDA at the time so they couldn't share all the details in the video – read the article below for updated specifications on the laptops. 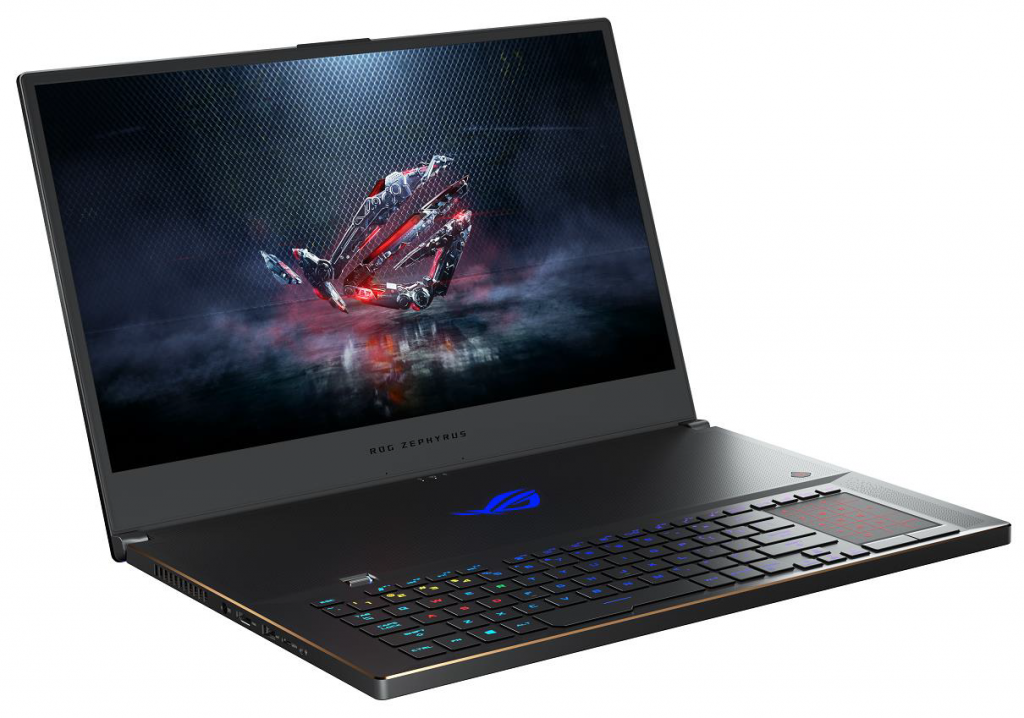 The most obvious change is the 17.3-inch screen which (obviously) makes the chassis quite a bit larger but also has the effect of making the laptop appear thinner even though it is a couple of millimetres thicker. The removal of the webcam from the top bezel has a very positive benefit for the looks of the laptop. The screen packs a 144Hz refresh rate.

And then there’s the ROG GZ700GZ, which was codenamed Mothership during development and went by that name during our video.

GZ700GZ is a new type of hybrid PC that stands upright and has a detachable keyboard. The chassis and parts are all made of aluminium and it looks absolutely fascinating.

And yet, you don’t really want to hear about any of that. What you want to hear us talk about are the Nvidia RTX 2080 graphics inside GZ700GX and the RTX 2080 Max-Q graphics in the big new Zephyrus.

We feel your pain, honestly we do, but Asus was under the most extraordinary NDA that almost defies explanation.

There were rumours flying around in December that Nvidia would launch RTX 20-series mobile graphics at CES however none of this was solid information from manufacturers and we were not covered by NDA, which is why we were able to discuss the subject in Leo Says HERE and HERE.

Once we sign an NDA we have to officially shut up. We reason we were not covered by an Asus NDA is that Asus literally said nothing about the specs of the two laptops other than they contained ‘Next Gen graphics’. They had been instructed not to turn the laptops on, even to show the desktop or to demonstrate Asus software, and that is the reason Sascha spent his time discussing cooling fans, chassis design and USB-C charging without once touching on the graphics.

We would have entirely understood the position if we had planned on running a preview of these laptops however this piece was always scheduled to go live after the Nvidia Press Conference at CES. The embargo will lift on Sunday night in Vegas, which is some awful hour of Monday morning in Europe, however you already know that because you will see hundreds of news posts appear on-line simultaneously.

Despite that statement of the obvious Asus was strictly forbidden to show off their new laptops in advance, even if the preview didn’t mention the graphics or show them in action, and Asus honoured that embargo to the letter.

And that is the reason why we seem to have wilfully ignored the major features of these new laptops, not because we are utter idiots but simply because we had no choice.

We do not yet know the price of the GZ700GX Mothership but are confident it will sell at a premium as aluminium and unique designs tend to jack up the price.

There are two SKUs of GX701 coming to the UK:

KitGuru says: We cannot wait to see RTX 2080 in action in laptops and the combination of the new graphics with Core i9-8950HK in GZ700 sounds utterly bonkers quite glorious. We will be sure to hunt out these new models at CES and confirm the final specification. Heck, we may even get to see them running some games!