Back in early October, we heard rumours that Nvidia may be preparing some changes to its budget line of graphics cards. More specifically, we heard that the 2GB versions of the GTX 960 would be phased out and discontinued in favour of 4GB versions, now it seems that add-in board partners are gearing up for this change with new 4GB GTX 960s, which are taking place of 2GB models.

In addition to phasing out 2GB models and leaving behind 4GB versions, some AIBs are also introducing new 4GB GTX 960s, including Galax. Images obtained by Wccftech show a new Galax 4GB KFA2 GTX 960, along with a new GAMER and EXOC model of the card, which all use slightly different cooler designs. 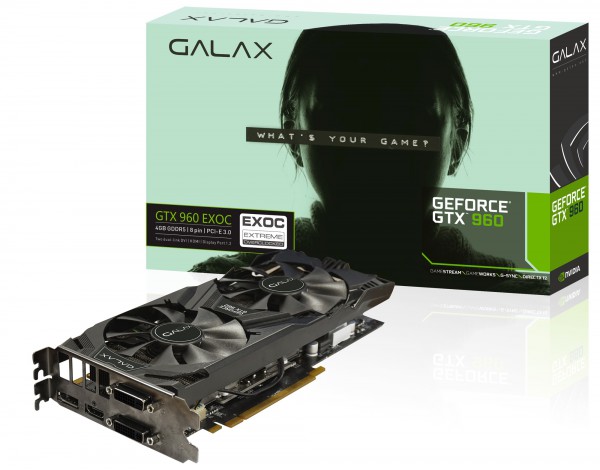 While this change is supposedly taking place right now, a quick look at Overclockers UK shows that it is still in-fact possible to grab a 2GB GTX 960, though if reports are to be believed, we shouldn't see that stock replenished. We will likely see more AIBs begin to introduce more GTX 960s before the end of the year, though some already have 4GB versions available on the market.

KitGuru Says: While the difference between a 2GB and 4GB GTX 960 won't always be noticeable, game engines are becoming more and more demanding on VRAM these days so the extra muscle couldn't hurt. Are any of you thinking of picking up a new GPU in time for Christmas? Would you pick up a 4GB GTX 960 over a 2GB one?

Previous Crucial launches BX200 series affordable SSDs
Next Epic teases Paragon, a game about a guy and some guns