While AMD initially announced its dual-fiji graphics card way back alongside the Fury last year, it has taken quite some time to get it out of the door. AMD revealed the finished Radeon Pro Duo about a month ago now, boasting three times the power of a Titan Black and now it looks like the card might finally go on sale at the end of April.

According to Hardware Battle (via videocardz), AMD is planning to actually launch the Radeon Pro Duo on the 26th of April, though those with review units may be able to publish sooner than that, according to these rumours. 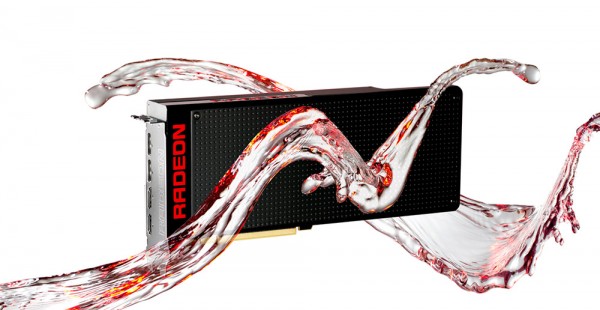 As we already know, the Radeon Pro Duo features two Fiji GPUs with a total of 8192 Stream Processors and 8GB of HBM VRAM, which works out as 4GB per GPU. It also comes with a re-worked All in One liquid cooling system built by Cooler Master, which AMD has been tinkering with since the R9 295 X2.

This won't be a cheap purchase though as it is set to launch with a price tag of $1499.

KitGuru Says: AMD has been working on its dual-fiji graphics card for almost a year now so this has been a long time coming. Are any of you waiting to make the jump to AMD's new dual-GPU? Are you holding out for new Polaris or Pascal graphics cards instead?