Gaming Notebooks have come a long way over the last few years, they have gotten thinner, lighter and now they are going to come with full-blown desktop-grade GPUs packed inside. Nvidia has today revealed that it has managed to cram a fully spec’d GTX 980 in to gaming notebooks. 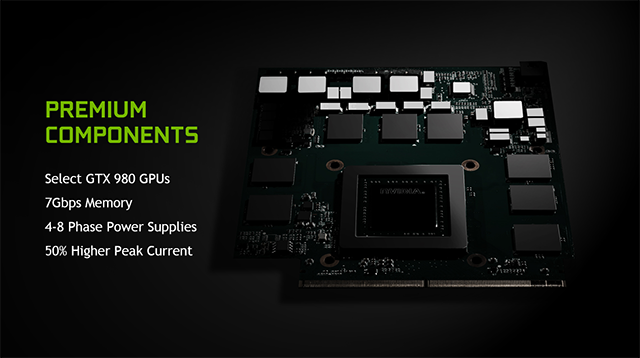 This is the first desktop GeForce graphics chip in a notebook form factor, bringing massive performance gains to notebook gamers. The GTX 980 comes with 2048 Cuda cores, a base clock of 1128 MHz, a boost clock of 1216 MHz and a memory clock of 7GBPS. All notebook GTX 980 chips are specifically selected in order to avoid any unforeseen issues. 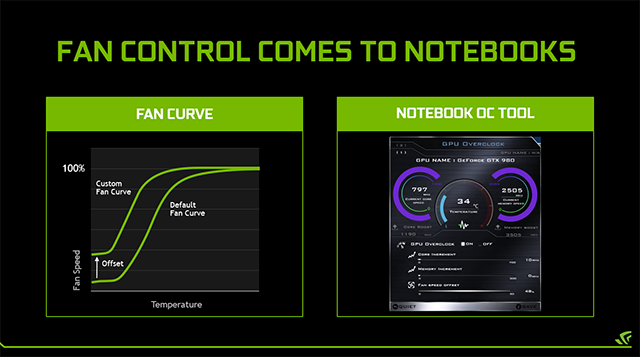 Nvidia is even going to be fully supporting overclocking in gaming notebooks featuring the desktop GTX 980, users will also be able to customize their fan curves for better cooling. Nvidia is working with its partners to provide various cooling options as well, so those looking to buy a GTX 980 based laptop will have plenty of choice. These newer cooling solutions will provide two times the efficiency of existing GTX powered notebooks. 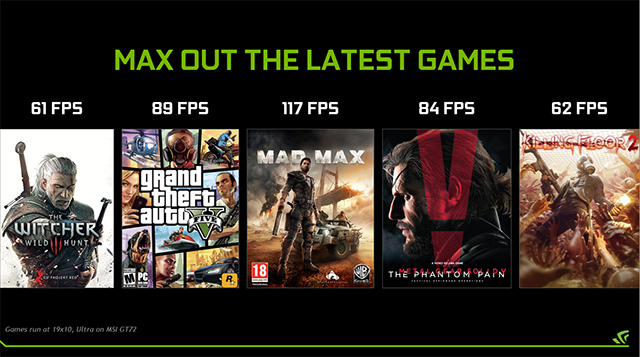 Given that this is a full-blown desktop GTX 980, you can expect performance in games to be very good indeed. The above frame rates were taken with all games running at their ‘Ultra’ presets running at full 1920×1080 on an MSI GT72. Users have had to make plenty of compromises when it comes to image quality VS frame rate while gaming on past notebooks but it looks like that could all be changing.

Some laptop models that are set to make use of the GTX 980 include: Aorus X7 DT, Clevo P870DM, Clevo P775DM, MSI GT72, MSI GT80 and finally, Asus’ recently revealed GX700VO water-cooled laptop. All of those notebooks come with Nvidia G-Sync support, with the exception of the MSI GT80.

KitGuru Says: This really is quite the announcement from Nvidia. Some of these gaming notebooks using the GTX 980 are pretty thin as well, so you can have proper portability coupled with desktop-grade power. How many of you game on a notebook? What do you think of Nvidia bringing desktop GPUs to laptops?

Previous Google seems to be preparing a Chromecast 2
Next System Shock: Enhanced Edition has launched on GOG