Nvidia GTX 1000 series tipped to show up at Computex

There has been a lot of talk surrounding Pascal recently, Nvidia even announced the specifications for its ‘Big Pascal' GP100 GPU and while we have yet to see Nvidia's upcoming GTX 1000-series cards, that could change soon as we may end up seeing the GTX 1080 and GTX 1070 appear at Computex this year.

Computex kicks off at the end of May this year and it usually brings along a whole slew of announcements. According to Taiwanese sources speaking with DigiTimes, Nvidia is ready to reveal its new GeForce 1000 series at the event, with several key add-in board partners all prepared to show off the new cards. 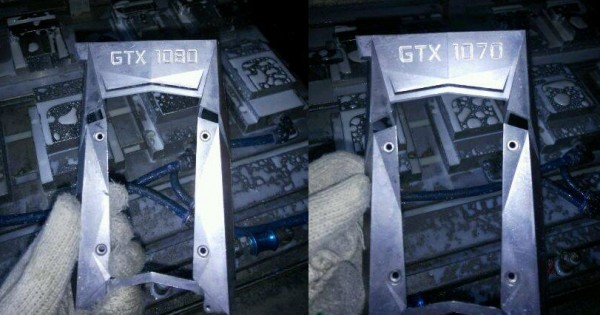 The GTX 1080 and GTX 1070 will be based on Nvidia's GP104 chip and recently, we got a look at what could be the new cooling shroud for the reference cooler of both cards. These new graphics cards are expected to deliver comparable performance to our current GM200 Maxwell cards, like the GTX 980Ti based on current rumours and speculation.

We have also heard that AMD may be revealing the R9 490 and R9 490x GPUs around Computex, featuring the new Polaris 10 architecture so we may have quite a few graphics card launches between the end of May and the end of June.

KitGuru Says: These are certainly exciting times in the graphics card space with Nvidia and AMD set to debut brand new architectures in such a short amount of time. Are any of you waiting on AMD and Nvidia to reveal their new cards in the next few months? Will you be planning an upgrade?