There has been a lot of talk surrounding Nvidia and the launch of the upcoming Pascal graphics cards over the last few weeks. We have seen supposed leaked images of the cooling shroud, we have heard about a potential reveal at Computex and now, word on the street is that we may see three GP104 Pascal graphics cards come out in June.

Obviously this is all rumour at this point but according to Hardware Battle, Nvidia is planning GP104 replacements for the GTX 980Ti, GTX 980 and GTX 970, all for June, following on from Computex. Do keep in mind that the naming scheme for Nvidia's new line of GPUs is unclear at this point so while a new card might replace the 980Ti, it won't necessarily carry the Ti branding. 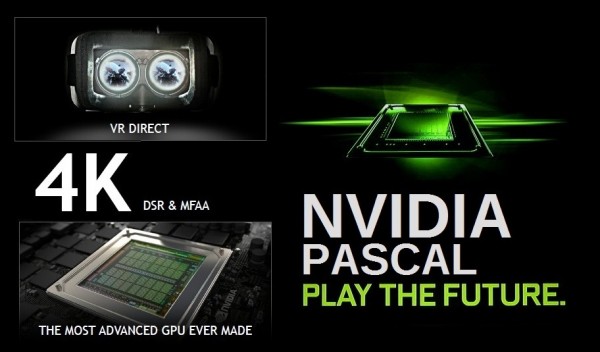 The most important take away from this is that it is another source claiming that Nvidia's new cards are coming in June. Right now, there is also talk of AMD coming out with the R9 490 and R9 490x in June so it could be a very interesting summer for graphics card releases.

KitGuru Says: Nothing is confirmed yet but these rumours have been quite exciting to follow. If Nvidia's new cards are coming in June, then we don't have much longer to wait. Are any of you planning on upgrading to a new GPU this year?