Today at the GPU Technology Conference, Nvidia CEO, Jen-Hsun Huang dished out more details on the upcoming Titan X graphics card. The GM200 based GPU will cost $999, just like the original Titan, which launched back in 2013.

Key specifications of the GTX Titan X include a 384-bit memory interface, which can shift data at 336.5GB/s, 12GB of VRAM, a GM200 graphics core and eight billion transistors on a 28nm die. There are six graphics processing clusters, each cluster contains four streaming multiprocessor units with 128 cores in each SMM block. In total, there will be 24 SMM units, 3072 CUDA cores, 192 texture mapping units and 96 ROPS. 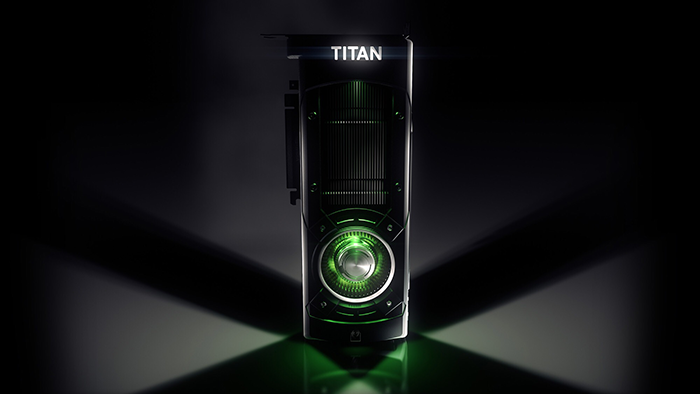 Thanks to the Maxwell architecture, the card will sport a 250W max TDP, which requires on six pin and one eight pin power connector. Nvidia is recommending that users have at least a 600W power supply to power one of these.

Nvidia is making a big push for developers this time though, rather than trying to market to gamers. Nvidia has created the Digits Devbox, featuring four Titan X graphics cards for maximum GPU output, costing $15,000. Reviews of the Titan X are expected to hit later today, so we don’t have long to wait to see some performance numbers.

The Nvidia Titan X will, according to Gamespot, go on sale tomorrow on the 18th of March for $999.

KitGuru Says: The Titan X is still an expensive GPU but at least Nvidia hasn’t surpassed the $1000 price point of the original Titan. It will be interesting to see how the GM200 chip compares to GM204 found on the GTX 980 and 970.