Last night alongside the new RTX 4090 and RTX 4080 graphics cards, Nvidia also announced DLSS 3, the next big evolution of its AI-driven, performance-enhancing technology. Continuing on from the success of DLSS 2.0, it seems that DLSS 3 already has quite a bit of industry support, with over 35 games and apps already announced.

During the presentation, we saw DLSS 3 in action in Cyberpunk 2077, which is also getting a new graphics mode that enables even more ray-tracing effects. Unlike DLSS 2.0, DLSS 3 can create new frames and insert them into your game, speeding up performance even more than before. With DLSS 3 and ‘Ray Tracing Overdrive' mode on Cyberpunk 2077, the RTX 4090 leaps from around 22 FPS to almost 100 FPS. 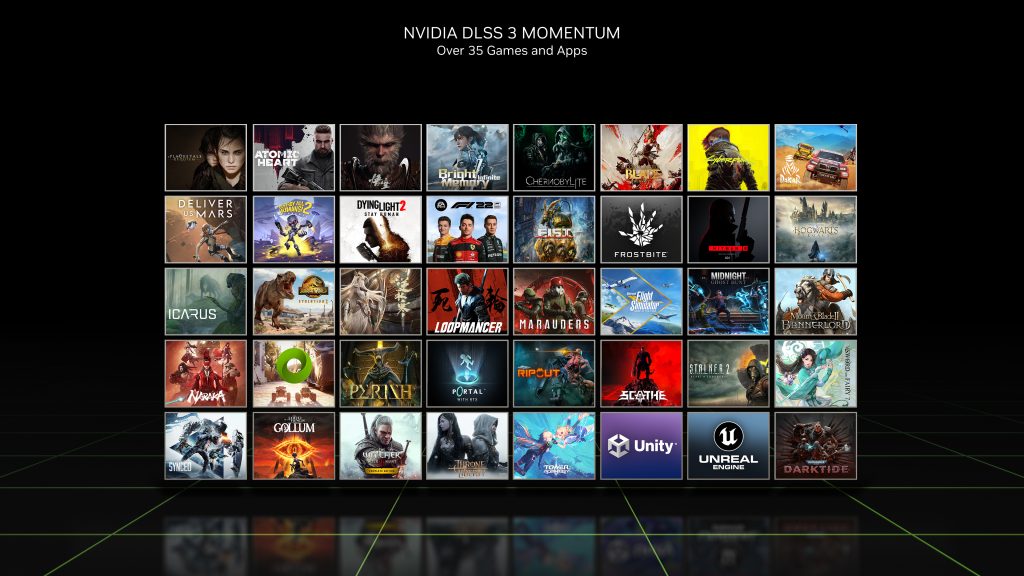 DLSS 3 is already announced for a lot of games, some new and some old. You can see the list of games with planned support for the feature below:

We'll see games and apps starting to introduce DLSS 3 in October, but as we saw with DLSS 1 and DLSS 2.0, it can take a while for games to update to the latest version.

It is also worth noting that very few people are going to be able to take advantage of DLSS 3. The RTX 4090 and RTX 4080 graphics cards are incredibly expensive, and DLSS 3 is exclusive to newer RTX 40 GPUs, limiting the potential userbase quite a bit.

KitGuru Says: DLSS 3 seems highly impressive and if it works as well as advertised, it will no doubt be a huge selling point for RTX 40. We look forward to putting it to the test ourselves in the months to come.