Project Cars will give console players control of graphics options

One of the upsides to PC gaming is the increased control over your gameplay experience, allowing you to make trade offs between graphical settings and frame rate. While many developers have strayed away from offering these options to console gamers, the team behind Project Cars feel that console gamers should have more options.

Digital Foundry was the first to discover that the console version of Project Cars would have graphical options, it isn't quite as advanced as a PC settings menu would be but it does have options for post-processing filters, lens flare, rain drops, bloom, vignette and exposure compensation. 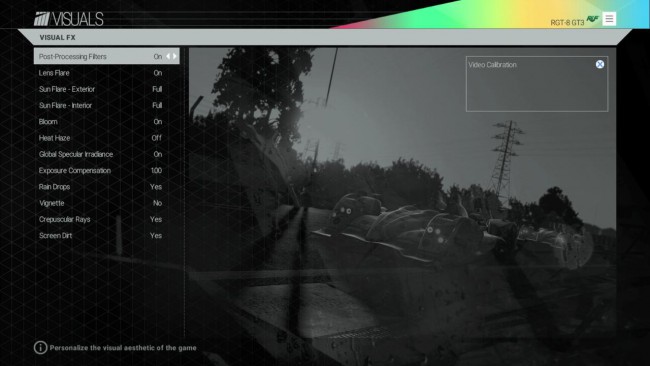 A camera settings menu also allows you to change the field of view, which can be very important to some gamers. There is no word on whether or not these graphics toggles will affect the frame rate or performance in any way but this is a good start for console owners looking for greater control over their visual experience.

Project Cars Creative Director, Andy Tudor, also explained why the studio decided to include these options. Speaking with Gamespot he said: “Console owners should have just as much right to tailor their game to their particular preferences as PC players. Whether that’s authenticity, visual options, how the camera reacts, accessibility etc”.

Project Cars is due to launch on the PC on the 7th of May. Those looking to play the game on the Xbox One or PS4 will be able to get the game on the 12th of May in the US. The game launches on the 8th of May for all platforms in the UK.

KitGuru Says: Since the start of this new generation of consoles, debate on frame-rates has been rife. While Project Cars might not let players entirely choose between fidelity and performance, the available options menu is a good start that could inspire other developers should there be a good reaction. Would you guys like to see more graphics options on consoles? Would you rather just stick with a PC?