The NDA has been lifted on the Radeon VII graphics card. The reviews are in and retail listings are now starting to go live. Here in the UK, there are several Radeon VII options available at launch, each with a three-game bundle, with prices starting at £650.

The Radeon VII delivers on its promise of delivering competitive performance compared to the RTX 2080. Right now, only triple-fan reference versions of the GPU are available, so no matter which brand you buy from, you'll essentially be getting the same card with the same clock speeds. 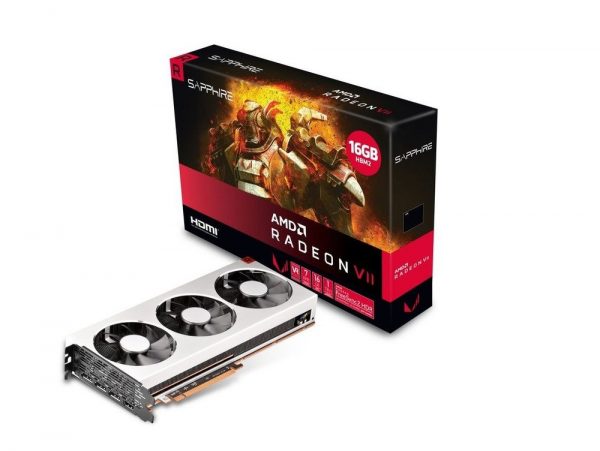 At Overclockers UK, the Sapphire Radeon VII can be had for £649.99- we have been told that this price will hold for the time being and won't change, as AMD has promised to meet demand. Other board partners are selling for slightly more, with PowerColor sitting at the £689.99 price point. From there, Gigabyte, MSI and ASUS all have their Radeon VII's priced at £799.99.

Right now, Sapphire seems to offer the best pricing available. Alternatively, if you would rather upgrade to one of the slightly older RX Vega 56 or RX Vega 64 cards, then the Sapphire versions can also be found fairly cheap at OCUK. The Sapphire RX Vega 56 is still selling for £299, while RX Vega 64 is going for £399.

Every GPU listed here comes with AMD's latest game bundle, which includes a free copy of Resident Evil 2 Remake, Devil May Cry 5 and The Division 2.

You can read our full Radeon VII review, HERE.

KitGuru Says: Radeon VII is officially here, pricing is a bit wonky though, especially considering that only reference GPUs are currently available. Are any of you planning on picking up a Radeon VII at all?