Report claims Nvidia’s next GPU architecture will be ‘Ampere’, may debut in 2018

As far as we know, Nvidia has reached the end of the Pascal life-cycle, which means it is time to look towards the future. We already know that Volta is on the way, in-fact, the V100 chip has already debuted in a Tesla card, but what’s next on Nvidia’s roadmap? According to  reports this week, Nvidia’s next architecture is set to be called “Ampere” and may be revealed in 2018.

According to the folks over at Heise.de, information on Nvidia’s next-generation architecture should be at the GPU Technology Conference next year, under the name ‘Ampere’. Nvidia has historically named its new architecture after prominent scientists. In this case, the nomenclature would come from Andre-Marie Ampere, a French physicist and mathematician alive in the late 1700s to early 1800s. 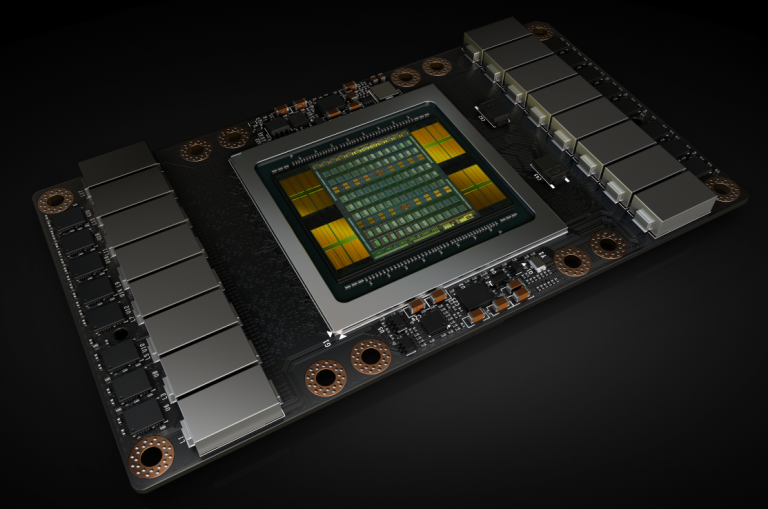 Nvidia typically works with a five year roadmap for its GPUs. The last publicly shown roadmap ends with Volta, so it would make sense for Nvidia to show what’s in store for the future at some point next year.

Unfortunately, the initial report leaves much to be desired in the form of a source, so we don’t know exactly where this information came from. With that in mind, we’ll be keeping a keen eye out for any additional information on this going forward.

KitGuru Says: 2018 is already shaping up to be an exciting year for tech enthusiasts. Are many of you looking to make an upgrade next year?

Back in April, we caught wind of a new Mac Pro upgrade featuring new AMD …